There have been a number of trials in the past that have gathered evidence that human PSI skills, such as remote viewing, are influenced by external factors. The geomagnetic field strength (GMF, geomagnetic fields) and our orientation to the cosmos, which can be represented with the local sidereal time (siderical time), were determined as significant factors, but there can certainly be more.
Sidereal time – or sidereal time – is a unit from astronomy. It is based on a time scale that describes the rotation of the earth in relation to the fixed stars in the sky. A mean sidereal day, i.e. a full rotation of our planet in comparison to the cosmic background, is 23 hours, 56 minutes and 4.099 seconds (corresponds to 86,164.099 s ≈ 23.9345 h).

With a local sidereal time, we can also express the position of the earth in relation to our galaxy. At 1:30 p.m. local sidereal time (LST), data from a series of experiments by James Spottiswoode (1997) showed that remote viewing had 400 percent better data than the average. At that time, our planet was aligned with the Milky Way so that the galactic center was right on the horizon. From this, Spottiswoode derived his theory of anomalous cognition, according to which PSI abilities can be influenced by our spatial orientation towards our galaxy.

In addition to discovering the sidereal effect, Spottiswoode found correlations between solar wind and geomagnetic activity in his measurements of anomalous perceptions. During times of low geomagnetic activity, he found that there was an increase in telepathic experiences. That, he says, is the only known physical variable that affects abnormal perception. Geomagnetism is caused by interactions between the solar wind and the ionosphere when ionized plasma from solar storms hits the earth and causes fluctuations in our geomagnetic field.

James Spottiswoode is an American physicist who has conducted psi research, particularly in the field of remote viewing, with a focus on finding physical correlates to psi performance. From the early 1980s, James Spottiswoode was a consultant for the US government funded programs at SRI International and later at SAIC, where the program was relocated. He later served as Research Director of the Cognitive Sciences Laboratory, which carried on earlier work by SRI and SAIC.

Spottiswoode’s Psi research included remote viewing, imagination effects, and data modeling. Spottiswoode examined a database of 2,879 free-answer tests on abnormal cognition. An increased GMF-psi correlation was found for 256 experiments performed at 1 p.m. local sidereal time (p = 0.002). This period was associated with a four-fold increase in the effect size compared to other periods.

Unfortunately, so far it has not been possible to replicate the results. In 2015, Spottiswoode & Ryan re-examined a data set of 3,678 trials, but found a small peak at 7:30 a.m. sidereal time instead of the expected peak at 1:30 p.m. They interpret this lack of replication to mean that the sidereal ESP correlation is modulated by long-term cycles such as solar activity. 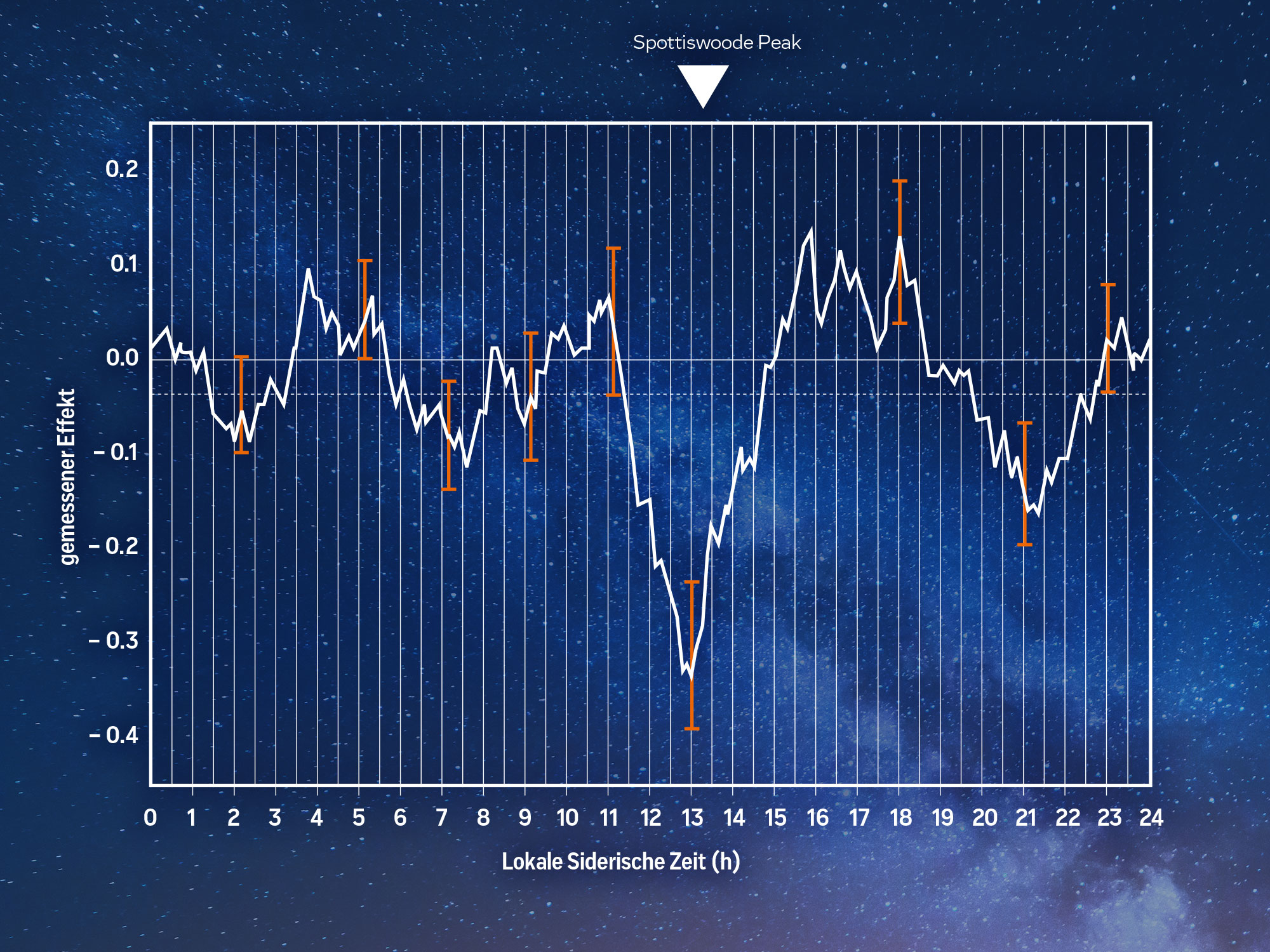 We took the trouble and calculated the sidereal peak for all 365 days of the year. The value for the LST (local sidereal time) relates to Weimar, i.e. relatively in the middle of Germany. For comparison: the north-south deviation of the LST over the whole of Germany is 7 minutes, the east-west deviation 32 minutes.