Collection of available videos about Remote Viewing in a scientific context.

< back to the source database 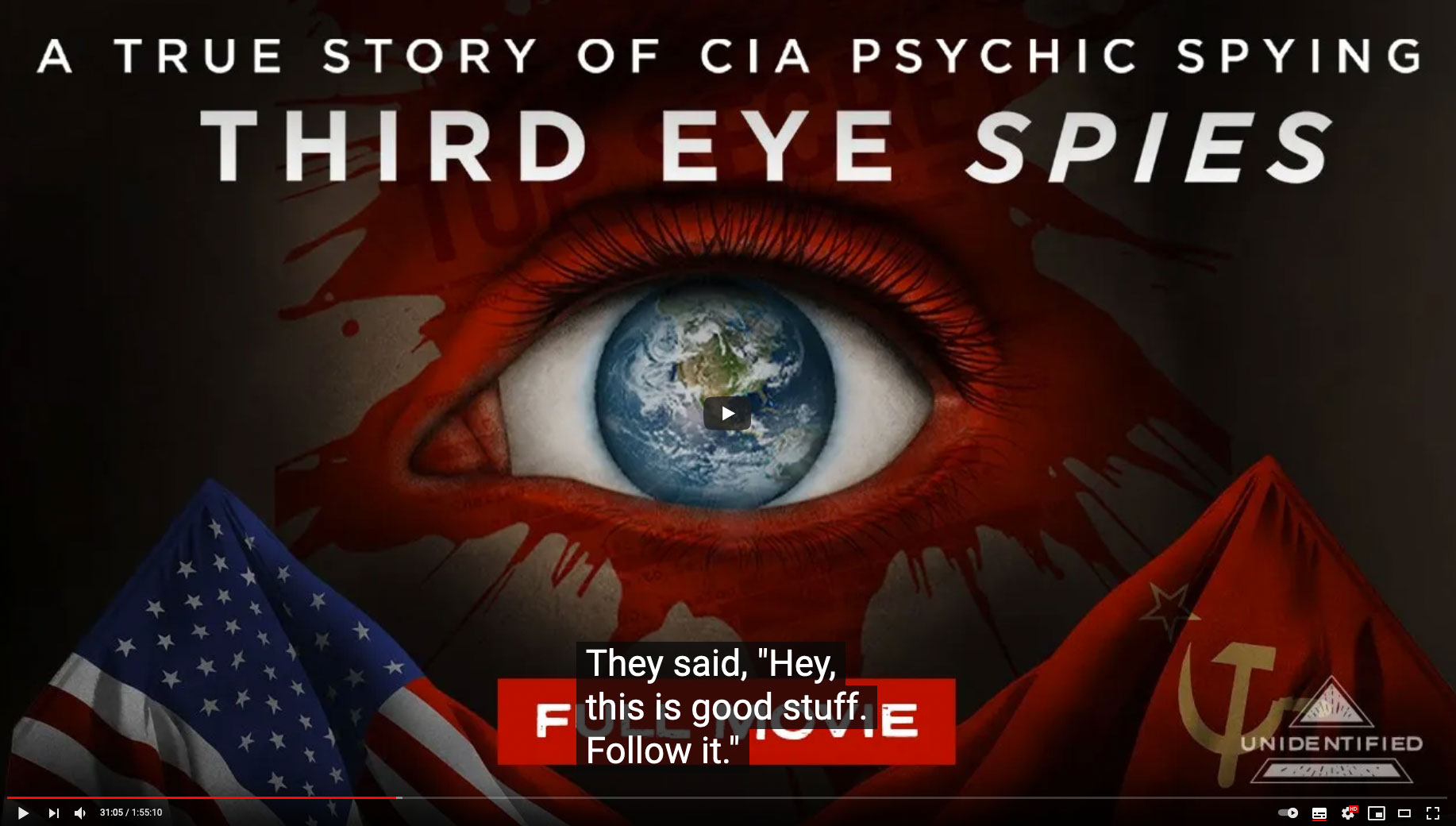 Of the four main figures involved in researching and justifying the method since 1972, only two are still alive today. One of them, Russell Targ, was a producer of the film “Third Eye Spies” (2019). The producer managed to get such a large amount of people who were part of the “original cast” in front of the camera, as will probably never be possible again.

Almost 2 hours of interesting information about Remote Viewing, the different protocols, his relationship with Ingo Swann, art and bending spoons. Warm and approachable Paul answers all questions of the community.

Tom McNear was the first Remote Viewer trained by Ingo Swann through levels 1 – 7. He discusses what he learned with an emphasis on improving the critical relationship between viewer and analyst… the analyst may be an independent, or the viewer in a very different mindset from the analyst.

Where does current science stand on PSI abilities and Remote Viewing? Russel Targ answers viewer questions about RV, PSI and research in a very frank and detailed way.

Remote Viewing expert Joe McMoneagle talks about his Remote Viewing program at the Monroe Institute. “Anyone can be an excellent Remote Viewer. Monroe provides the conditions for calming the spirit and centering the mind that help produce accurate information in the Remote Viewing technique.”

Project 8200 was used within the U.S. Army Remote Viewing Unit to verify some of Pat Price’s 1970s impressions of underground extraterrestrial bases.

In 2009, ex-Stargate chief Skip Atwater published this information at an International Remote Viewing Association (IRVA) conference, but only hard copies of his presentation are available offline.

Remote Viewing with Stephan A. Schwartz

Stephan A. Schwartz describes how Remote Viewing was developed and the beginnings of research on it. He focuses on the work at SRI and the Mobius Laboratory. In terms of training, he believes that the best remote viewers are those who practice meditation. He also discusses the appeal of remote viewing targets based on entropy and numinosity.

TEDtalk is originally an annual innovation conference in Monterey, California. The videos of the speakers are available on the Internet. Russel Targ was also invited to speak there. However, his contribution was subsequently removed from the official broadcast, on the grounds that other scientists might be put off by his topic, PSI research. (Interestingly, Russell Targ’s contribution found its audience through this action and currently has more than 6.7 million views).

“Controlled Remote Viewing: What the Military Learned… and What You Can Too!” | Paul H. Smith

Paul H. Smith addresses the question of whether anyone can learn remote viewing and whether the skills can be developed through training with interesting examples of sessions from the Fort Meade units. For comparison, he shows sessions from civilians who have only recently learned Remote Viewing. He also discusses the protocols, their origins, and the variations that have evolved from them. With his witty and charming manner Paul H. Smith leads his guests through 4 decades of Remote Viewing.

Daz Smith in Zoom Meeting with Ingo Swann’s niece Elly Flippen. Insights into the personality of Ingo Swann and his relationship to art, people and Remote Viewing. Impressive 40 minute presentation on the father of the Remote Viewing protocol. This is followed by an open discussion of the Zoom participants where questions about Ingo Swann’s life are answered.

Jessica Utts is a professor of statistics at the University of California, Davis. She spent a year as a visiting scholar with the Remote Viewing Program at SRI International in 1988 and 1989, and was a consultant at SRI and SAIC for the duration of the program. In the interview, she talks about her experiences and about statistical probability results in Remote Viewing and much more.

Probably one of the earliest recordings about ESP that has been broadcast on American television. Ingo Swann can also be seen performing an experiment. Interesting and insightful historical short documentary.