This blog post is a reprint of the original article from the Remote Viewing/Remote Perception blog, courtesy of Paul H. Smith.

What is a protocol? What is a method? Are they different? Or is this merely a distinction without a difference (in other words, the words are different, but is there any real difference)? Even after two decades people in the remote viewing community still debate this. At root the question is trivial. But it leads nonetheless to disputes from time to time. In Germany recently, an organization called Psi Unit (whose members also happen to be students of mine) has recently stirred the pot again.

In an article titled “You don’t need a protocol for remote viewing” they argue that even those who don’t think they are following a protocol really are. But is “protocol” the right word here? 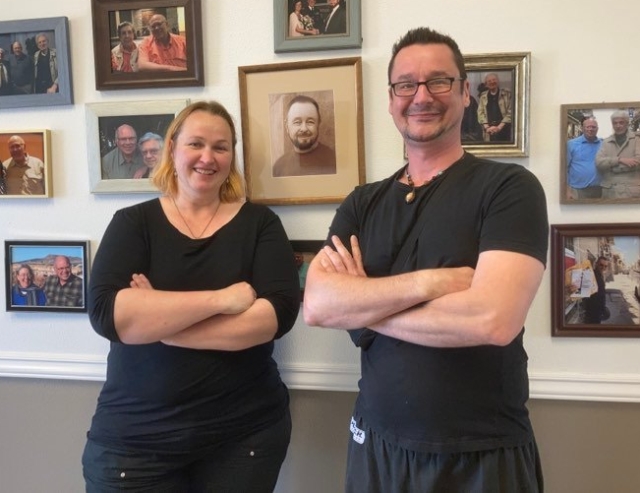 For example, according to Merriam-Webster a protocol is

A system of rules that explain the correct conduct and procedures to be followed in formal situations; [also it is] a plan for a scientific experiment or for medical treatment.

The same dictionary says that a method is

A systematic procedure, technique, or mode of inquiry employed by or proper to a particular discipline or art; [and] a discipline that deals with the principles and techniques of scientific inquiry.

Okay. Well, the wording is different. But if you can tease out enough difference in meaning to justify getting wound up about, then you’re doing better than me!

Joe McMoneagle on Protocol vs. Method

Remote viewer Joe McMoneagle first raised the issue shortly after remote viewing was declassified in the mid 1990s. Joe insists on a rigid distinction between “protocol” and “method” that actually seems to be much more fluid in general science. In fact, the term “the scientific method” is used almost universally to describe what science does, yet when the details of what “scientific method” means are spelled out, it matches what Joe insists is a protocol.

Since we had so few approaches to the remote viewing discipline in Star Gate, it never occurred to us to ask which “method” one was using. It was always “Are you going to use ERV or CRV?” Even the documentation from SRI and the briefings we gave to senior officers and government officials used the word “protocol” when referring to what Joe thinks of as a”method” today.

Only after Joe left the program, and only after types of remote viewing practice proliferated like  rabbits on Viagra, did the question of protocol vs. method arise. In principle, there is barely a space between the two.

However, today for certain reasons I tend to adopt the distinction Joe initiated, which I have made more explicit than either I or Joe technically have the lexical right to do. I’ve done this because it does help folks sort out some nuances and educate themselves in the process. 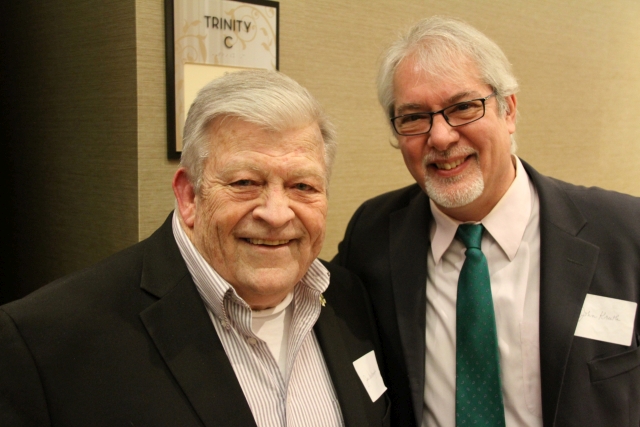 Joe McMoneagle with John Kruth, executive director of the Rhine Research Center, in 2020.

My book, The Essential Guide to Remote Viewing, explains my usage.

There are various remote viewing methods – you can think of “methods” as a set of techniques for how to do remote viewing. Then there is the remote viewing protocol. You can think of protocols as the goals a viewer is supposed to aim for and the conditions under which remote viewing should be done. Take lap swimming as an analogy, for example. There are any number of strokes (“methods”) a swimmer can use to get from one end of the pool to the other. But the conditions (“protocols”) are the same no matter which stroke is used: there must be water; it must be deep enough; the swimmer must go end-to-end, etc. When Ingo Swann first created remote viewing, it was the “protocol” concept that he first had in mind. He was doing research with Dr. Karlis Osis at the American Society for Psychical Research in New York City at the time, and felt that the ASPR’s experimental approach needed some tweaking. So he came up with a protocol that he felt improved the research process. This he named “remote viewing.” Inadvertently, he also invented a rudimentary remote viewing method as well. In this case, if the protocol is the conditions under which you do an experiment, then the method is how you do it.

There is a substantial definitional difference between coining a term to identify a type of ESP experiment and an ESP ability…Experiments have what in science are called “protocols,” more simply put as “steps” that govern how the experiment is conducted…In the case of the term “remote viewing,” there can be no doubt at all that it originally referred to an experimental model (never to a novel ESP ability)…

Unfortunately, he there introduces yet another term, “model.” But by the context, I’m certain he intends “model” as a stand-in for “protocol.” There can be a difference between the steps that govern “how the experiment is conducted” and how you actually perform the experiment. Sometimes the latter is vary much unspecified by the governing steps, or protocol. But sometimes they are almost identical. So which is the protocol and which the method? That’s part of the confusion. What are the “steps,” or protocol that govern a remote viewing experiment? In the quote cited above, Ingo has specified some of them. Here is a list of some of the main requirements that have since been included in the process:

Obviously, in an operational setting (in other words, using remote viewing for real-world, non-scientific purposes), some of these requirements either don’t apply or may need to be (carefully) relaxed.

Someone recently asked me “But isn’t the predefined structure within Stage 1 – 6 [of controlled remote viewing] also a form of protocol?” And of course the answer is yes—but! The six stages as specified in CRV doctrine and usage meet the criteria for both a protocol, and for an outline of the method for CRV. See what I mean about the messiness of trying to define what is a protocol and what is a method? If you spend much time in a scientific context you will find just how fluid the use of these terms really is.

I think that this argument has about run its course. Most of the time the distinction between “protocol” and “method” boils down to the same kind of difference there is between ‘happy” and “glad.” True, there may be a few times where it makes a difference, but not enough of a difference to matter to the average remote viewing practitioner. This isn’t a tempest in a tea pot. It’s a tempest in a tea cup! The remote viewing protocol/method controversy is no more than a tempest in a tea cup.