With the 1974 amendment to the Freedom of Information Act, the gradual release of government agency documents began. Today, many thousands of scans of intelligence documents can be viewed in the CIA’s Electronic Reading Room. There are now over 2,400 entries for the search term Remote Viewing (released 1997–2017, status 12/2020), which show the development, research and application of the method as well as individual session protocols.

The US federal agencies, including the CIA and later the DIA, participated in the remote viewing project from 1972 to 1995. During this time, the activity of the small group was supported with a total of 20 million dollars, before the project was officially discontinued after more than 24 years with a rather flimsy reason. After that, many of the previously secret files were made publicly available. We assume that the application of the method will be continued in other secret service projects in the meantime – there is of course no official comment. 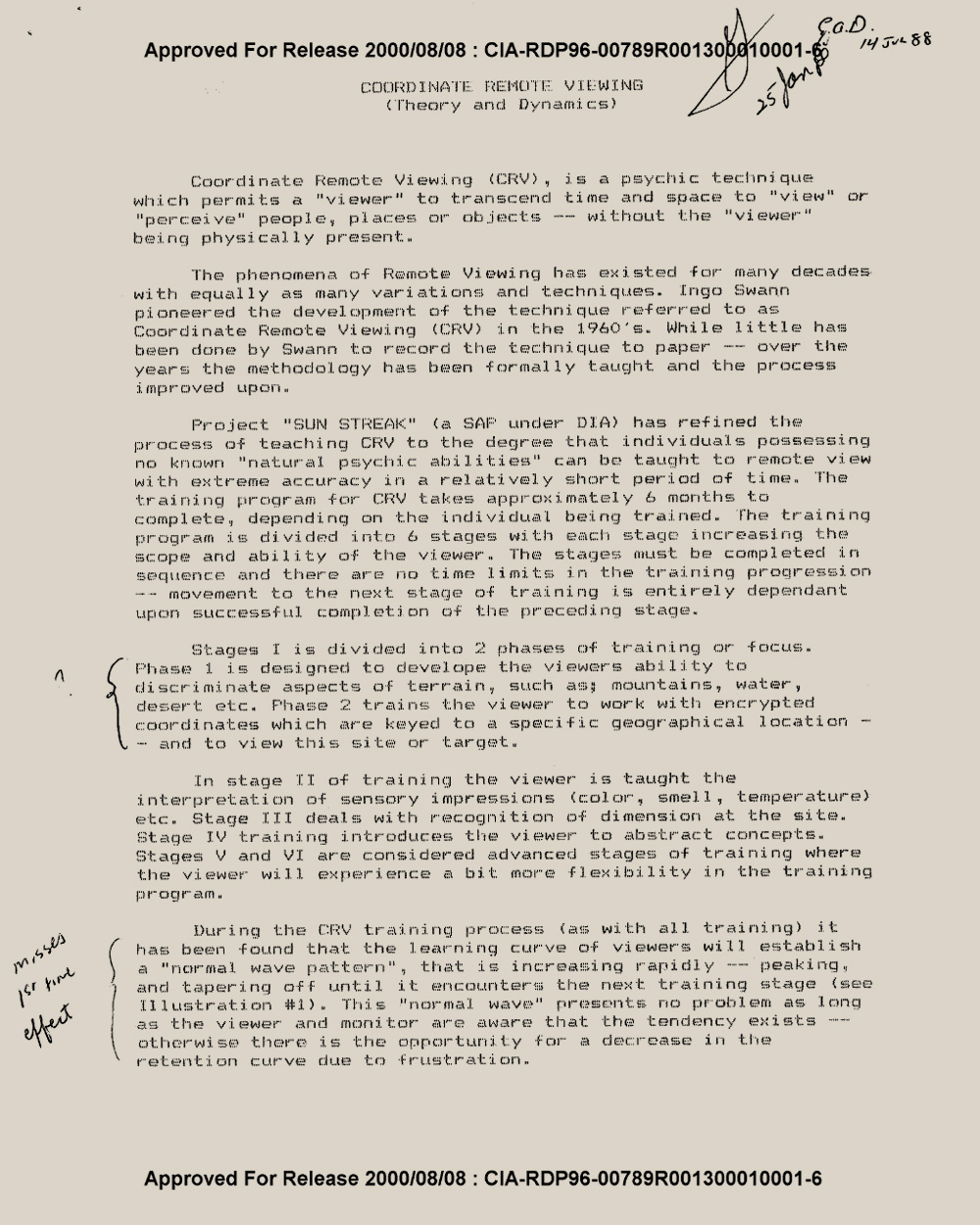 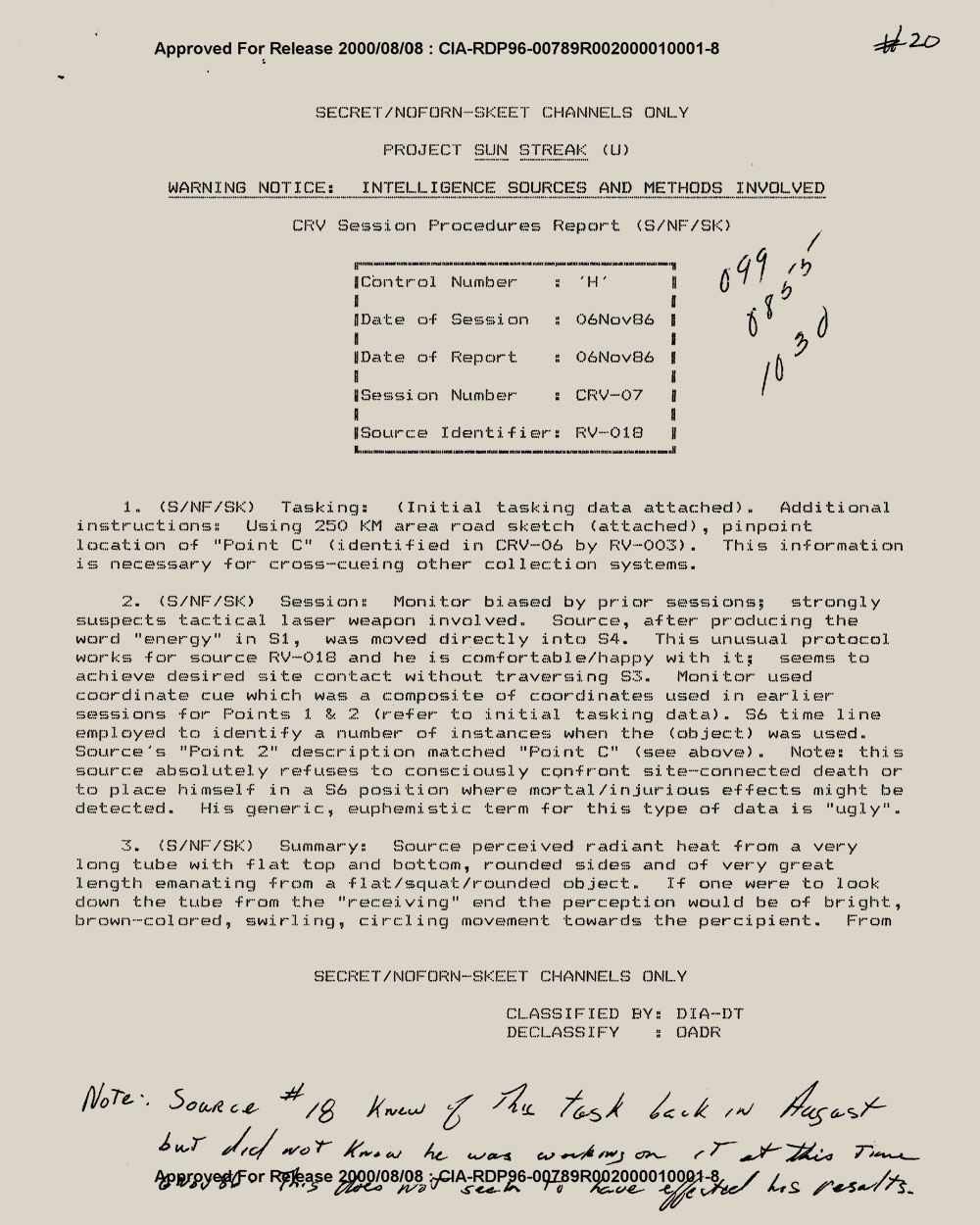 Download PDF: Protocol of an Exemplary RV Session from the Stargate Project 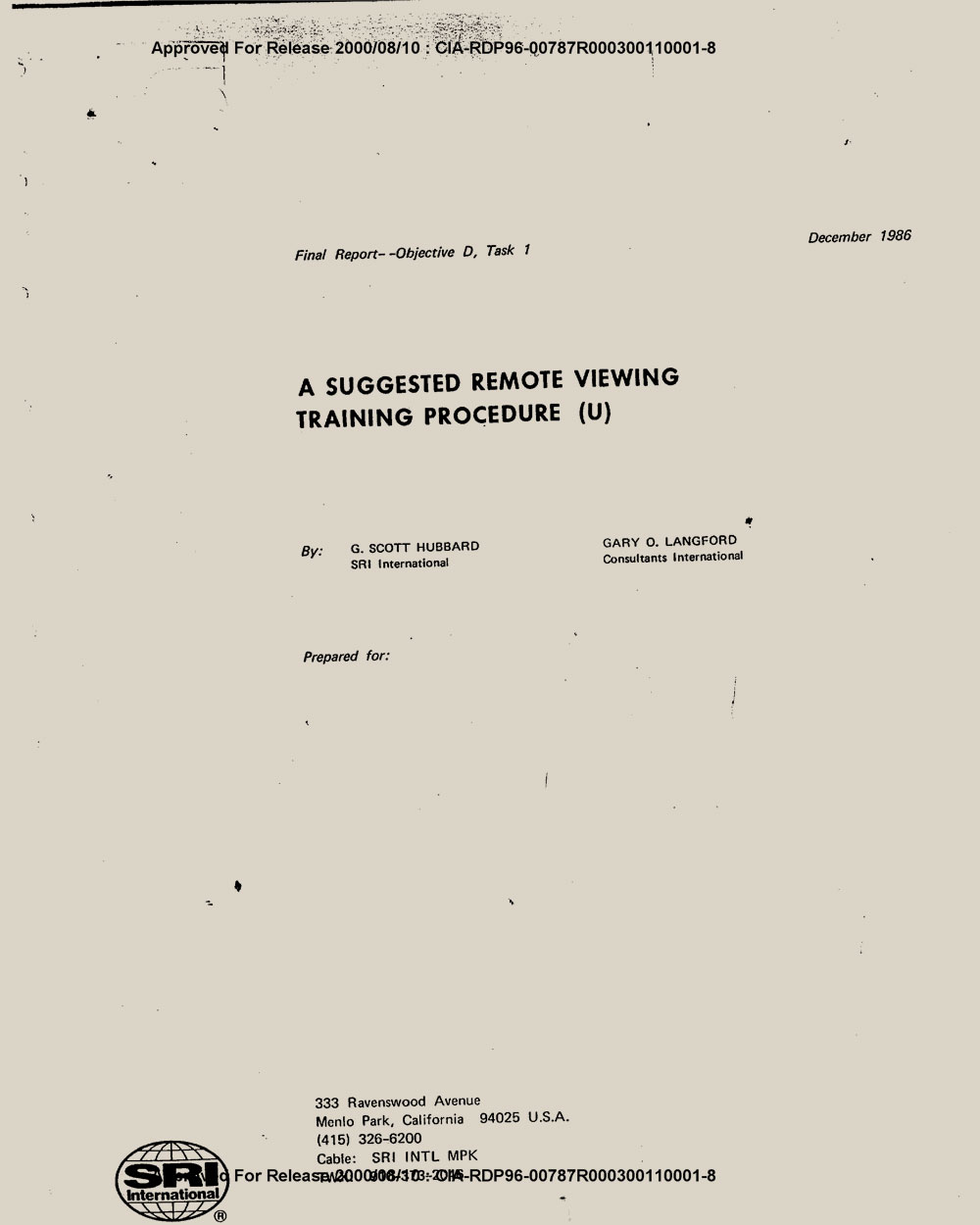 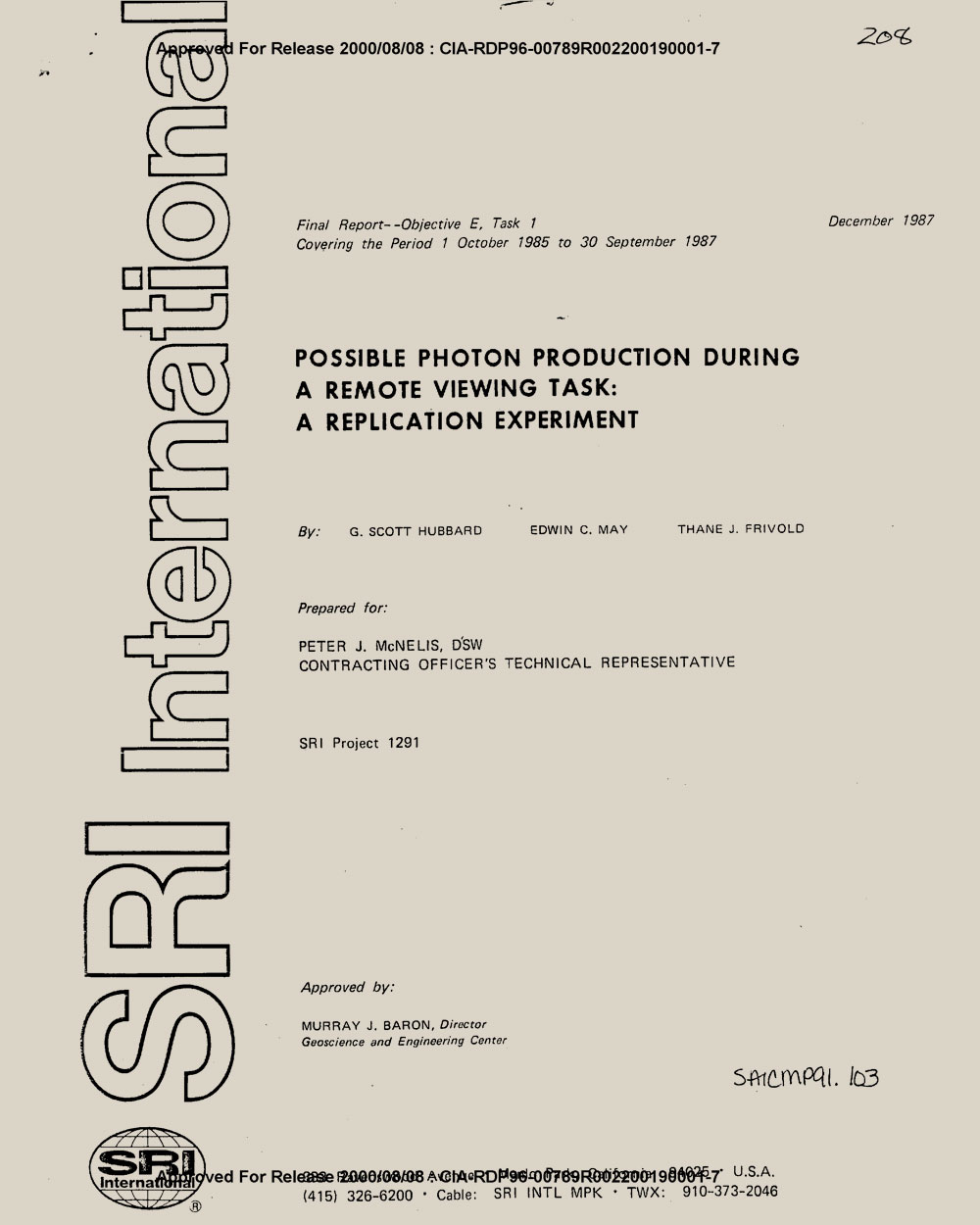 Download PDF: Experiments from 1985 to 1987 investigated the question of whether physically measurable photons are produced during the task process. 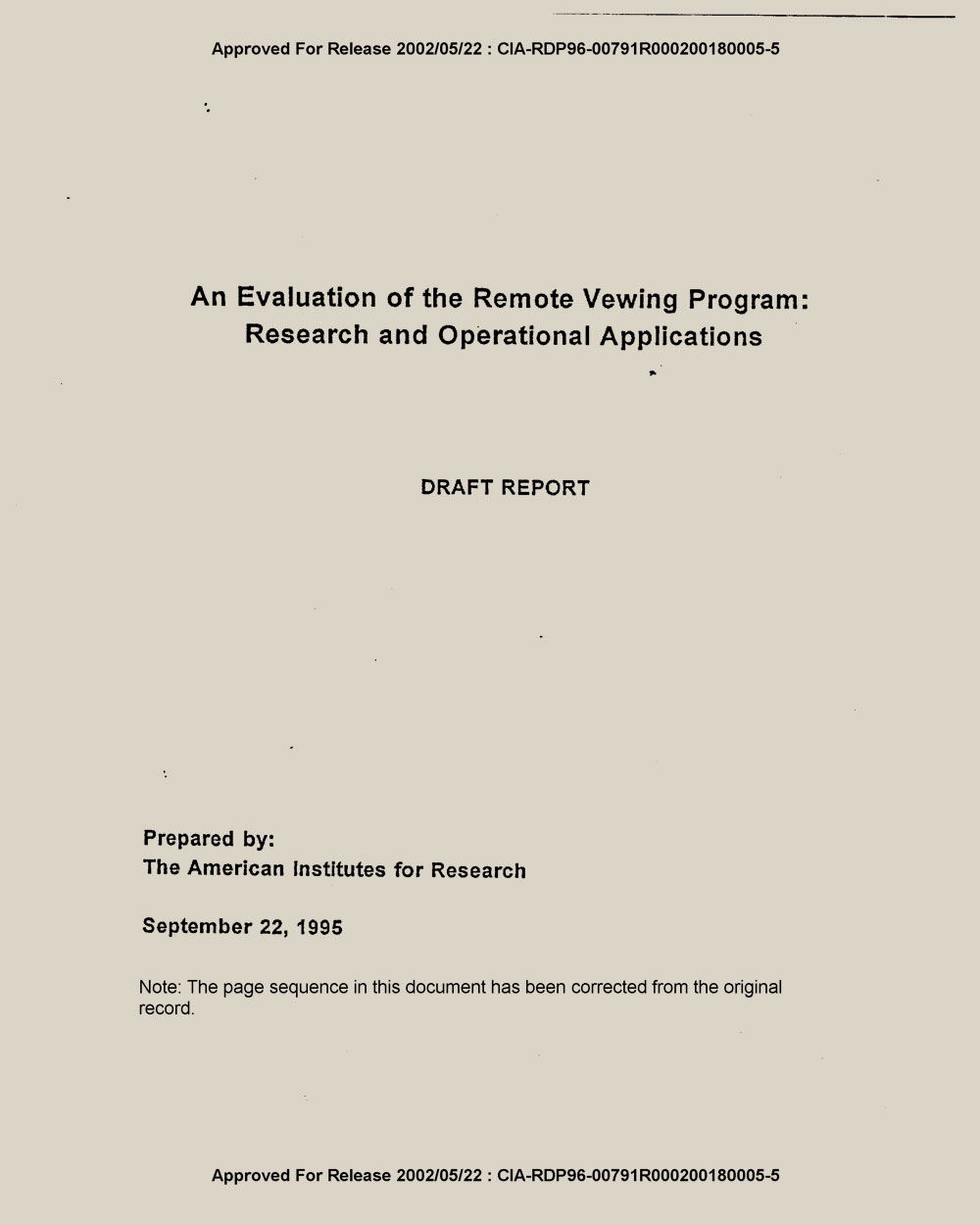 Download PDF: The American Institute for Research (AIR) report provided the official reason to end the RV project in 1995. However, only 1% of the files at most were handed over for evaluation, and the rest remain under lock and key to this day. Interestingly, the report nevertheless finds that PSI is effective. 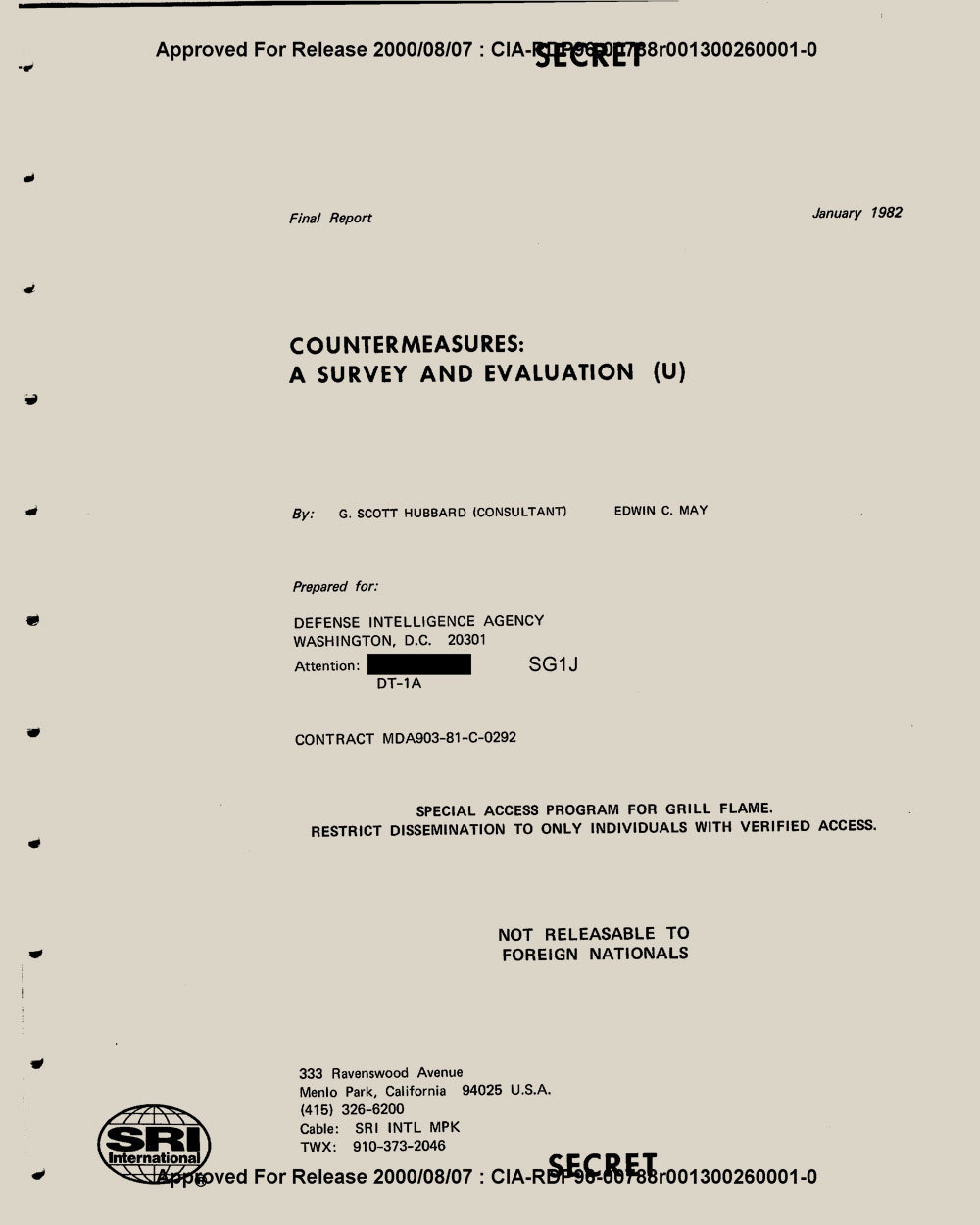 Download PDF: Remote Viewing is not a one-way street – one of the most interesting areas of work in the “Grill Flame” project is the exploration of camouflage and counterintelligence at the PSI level. 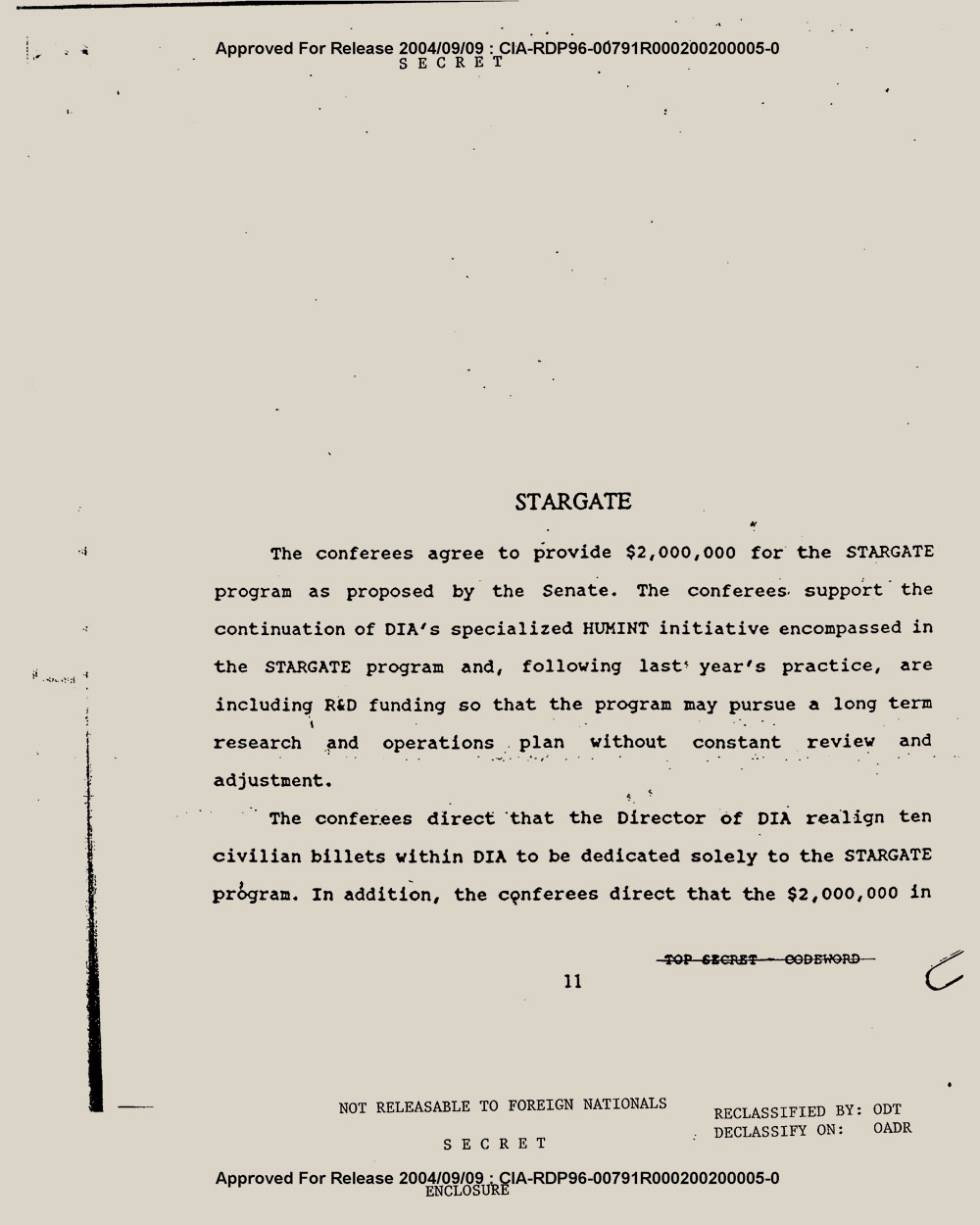 Download PDF: Logs like these prove that the remote viewing unit (Project Stargate in this case) was indeed generously funded. 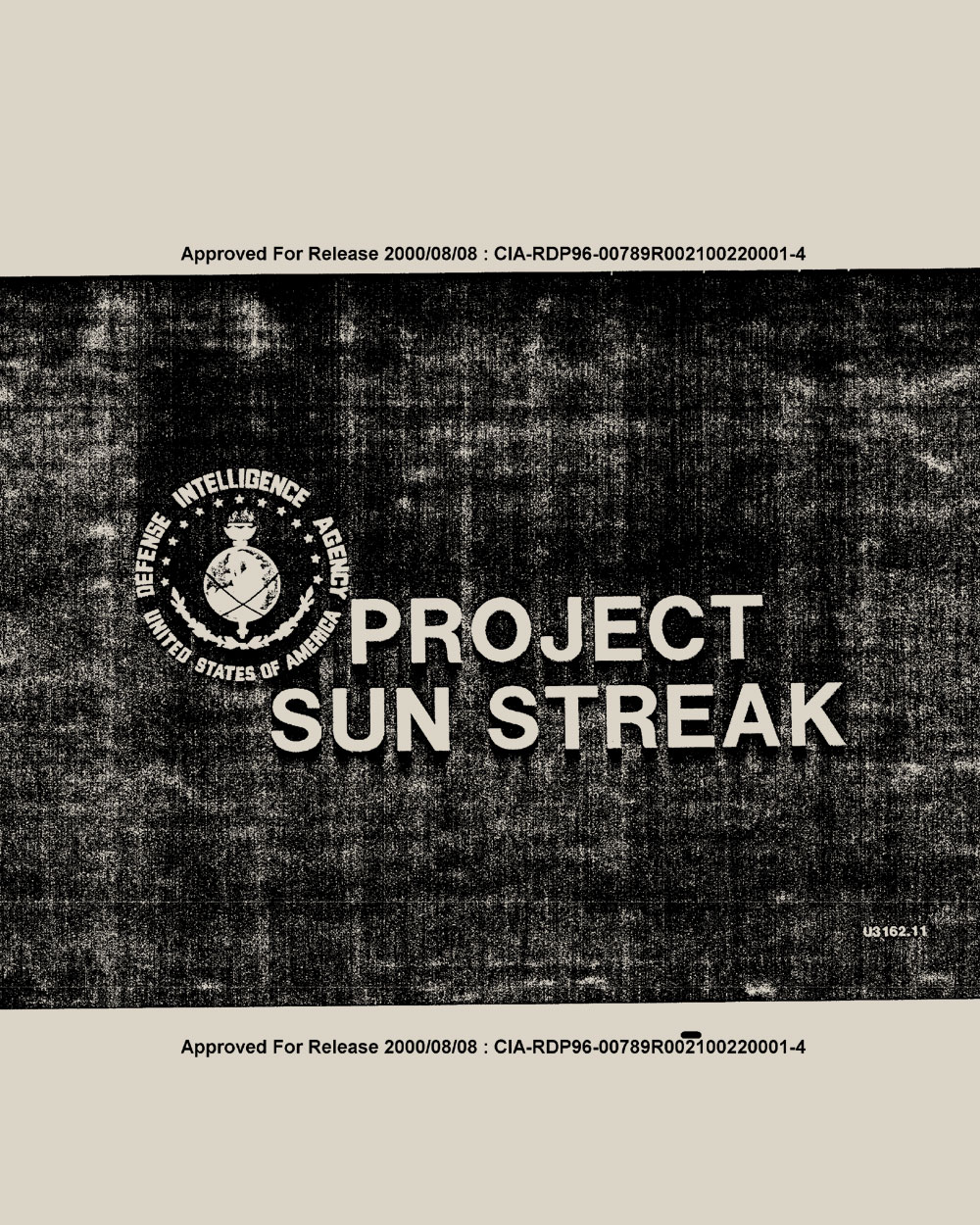 Download PDF: “Project Sun Streak” is one of the names under which remote viewing exploration has gone over the years. The presentation shows examples of the viewers’ work and concludes with the recommendation: “Establish Remote Viewing as a reliable Intelligence tool.”

Download PDF: “Project Center Lane” is another name under which Remote Viewing programs have been carried out over the years. A detailed chronology of events for Project INSCOM CENTER LANE from 1977 to the present. An attempt has been made to include all key dates, but since this activity is not the Office of the Record for OACSl staff actions regarding authorizations, some key dates may have been inadvertently deleted. Paul H. Smith was involved in the drafting.