25 years of Remote Viewing in Germany

25 years of Remote Viewing in Germany

When the first Germans were staring at goats

Even before this year is history, we’d like to dive into it a bit. We look back on a quarter of a century of Remote Viewing in Germany. Twenty-five years ago, within a few weeks of each other, the first German trainees went to California to be personally trained by Ed Dames in his RV method. The adventurous journey to training with an ex-military spy began for all of them a year earlier at the same place – at the 1995 “UFO World Conference” in Düsseldorf [1], where Ed Dames was a keynote speaker. The translator at this conference was Lothar Rapior, and the audience included Gunther Rattay, as well as Tom Tankiewicz and Marcus Boldt from ID-Publishing, who at the time published the border science journal “Transition 3000”.

Gunther: “Well, I thought that was so, that it sounded so crazy, what he said, that I thought to myself, […] nobody would tell so much crazy stuff, if there wasn’t a little bit of truth to it. So he ultimately convinced me with that …” 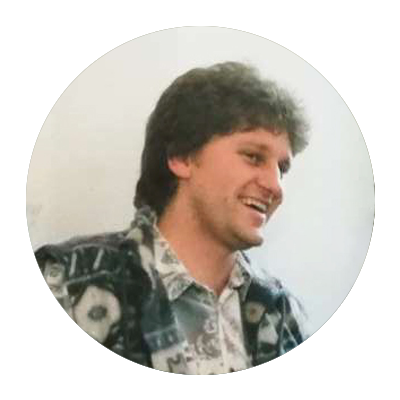 What’s in it for me?

The reasons for getting involved with Remote Viewing have always been quite different for all four of them. On a small scale, this already shows the manifold potential of learning this consciousness technique.

Lothar, who was the first of the round to complete Ed’s training, uses the Remote Viewing experience primarily for personal development and integrates the insights into his own life. He was very impressed by an experience he had while viewing one of Ed’s operational targets. He came across the experience of death within a timeline, and was able to learn in great detail how and why this process occurs.

Gunther trained next, and right after him Tom came to California. Gunther tells how adventurously his journey began (more about this in the video) and that he was basically clear from the beginning that his main interest was to be able to pass on this technique. He was already addressing Ed on this during his training and was particularly observant of his training methodology. 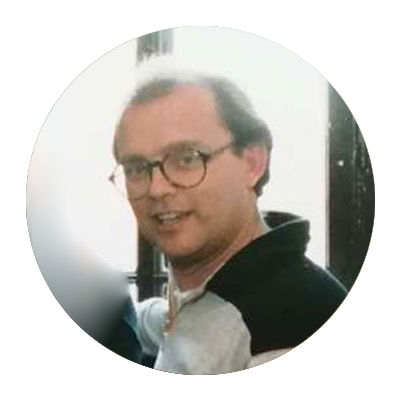 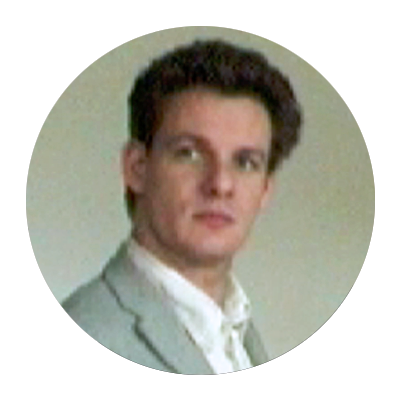 Tom and Marcus had come up with the idea during the conference to get the phone numbers of those who were interested in overseas training and then interview those people for their newspaper when they got back from the training. Of course, it was also clear to them that they wanted to be trained. Since the training was quite expensive, the decision was made that only Tom would fly and then pass on the knowledge to Marcus in Germany. Her most personal interest, connected also with the topics of the publishing house and personal interests, has always been in the field of research and operational application. The first obvious questions were about the content of their articles for the journal, which would be researched quite differently using a method like RV. If one could get better and more valid information also about subjects like UFOs, crop circles etc., that would be a very interesting advantage.

Soon came a fascination with the study of consciousness, as Marcus reports. From an early age, his interest was to fathom the background of life, human perception and the nature of reality. The experiments with Günter Haffelder in 1997 prepare the entrance into this area. 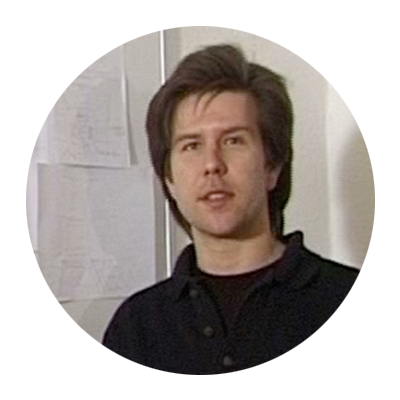 Ed Dames was very taken with the idea of using remote viewing to research frontier science articles and supported the project. A lively exchange developed between the Germans and the American company PSI TECH. 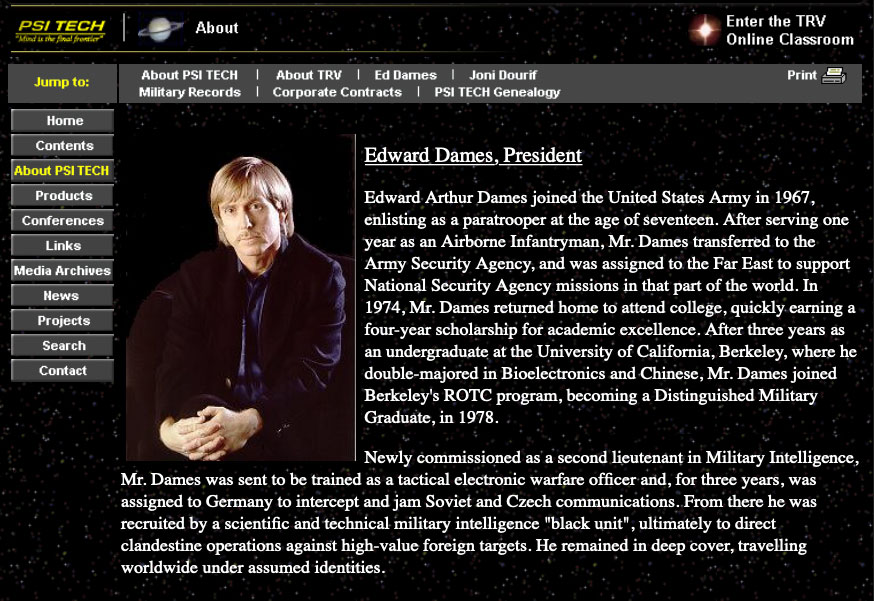 EThe end of the 1990s was also the time when the World Wide Web first entered the public consciousness as an advertising and contact medium. Tom was already running a website for the publisher at the time, and it came up in a conversation with Ed Dames that this would become the initial spark for digital advertising for TRV training. Ed Dames got an invitation to the Art Bell Show (Coast to Coast Radio) at the time, and Tom suggested that he launch a PSI-TECH website in time for the show’s broadcast, where people could book training appointments, among other things. No sooner said than done. The first website of PSI TECH was created in busy work and was ready in time. The campaign was a huge success, with around 2,500 people registering for training after the first broadcast. As a result, the PSI TECH website was administered from Hamburg, partly including all the e-mail traffic related to the organization of trainings, customer inquiries or the publication of special reports. 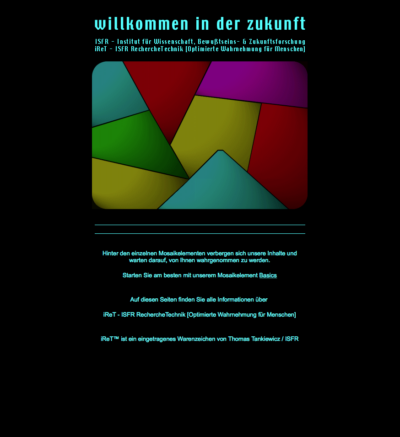 Where do we go from here? – From Ed, in turn, came the idea for the next step. “Why don’t you bring together all the Germans who have studied here and make an institute or something?” This is how the core team of the ISFR was found. The full title was “Institute for Survival Techniques and Future Research,” then later, as it moved more and more toward brain research, the term survival techniques was replaced and renamed “brain and future research.”

The Institute was very active in various fields, from education to project work in the Remote Viewing field until mid-1998. Even if the ways of the founders parted in the following years, all of them are connected with Remote Viewing until today and are still active in the fields. Gunther continues to pass on the original TRV protocol in the 1996 version to students in individual training [2] and is, to our knowledge, not only the only source in Germany for original TRV and LearnRV according to Ed Dames, but also internationally one of the few teachers who pass on the extensive training concept of that time. [3]

Tom has been working with his company to bring information gathering processes into a digital framework with “neuroactive software.” [4]. Tom and Marcus also still work together with a small RV team to handle projects and orders.

Marcus also works in the IT field and as a consultant for consciousness-based processes, [5] and has continued his research on the side. He specialized in profiling even then and developed a special profiling tool in the TRV protocol. [6] This makes him the only professional german profiler working and teaching on a TRV basis.

Tom says: “For me, it was just like that … since I was in training back in 1996 – until today – the subject has occupied me on a daily basis, and I have built my entire existence on it. My vision, the thing that’s been clear to me from the beginning, is that if you can bring it to society with a high level of acceptance, it’s going to work.”

All four agree that this development, the acceptance in the private world and business use, has changed and improved in the last 2 decades. According to tradition, Ingo Swann said at the time that Remote Viewing was 50 years ahead of its time. This means that in today’s world we are slowly arriving at a time when Remote Viewing can become the tool it was developed to be. 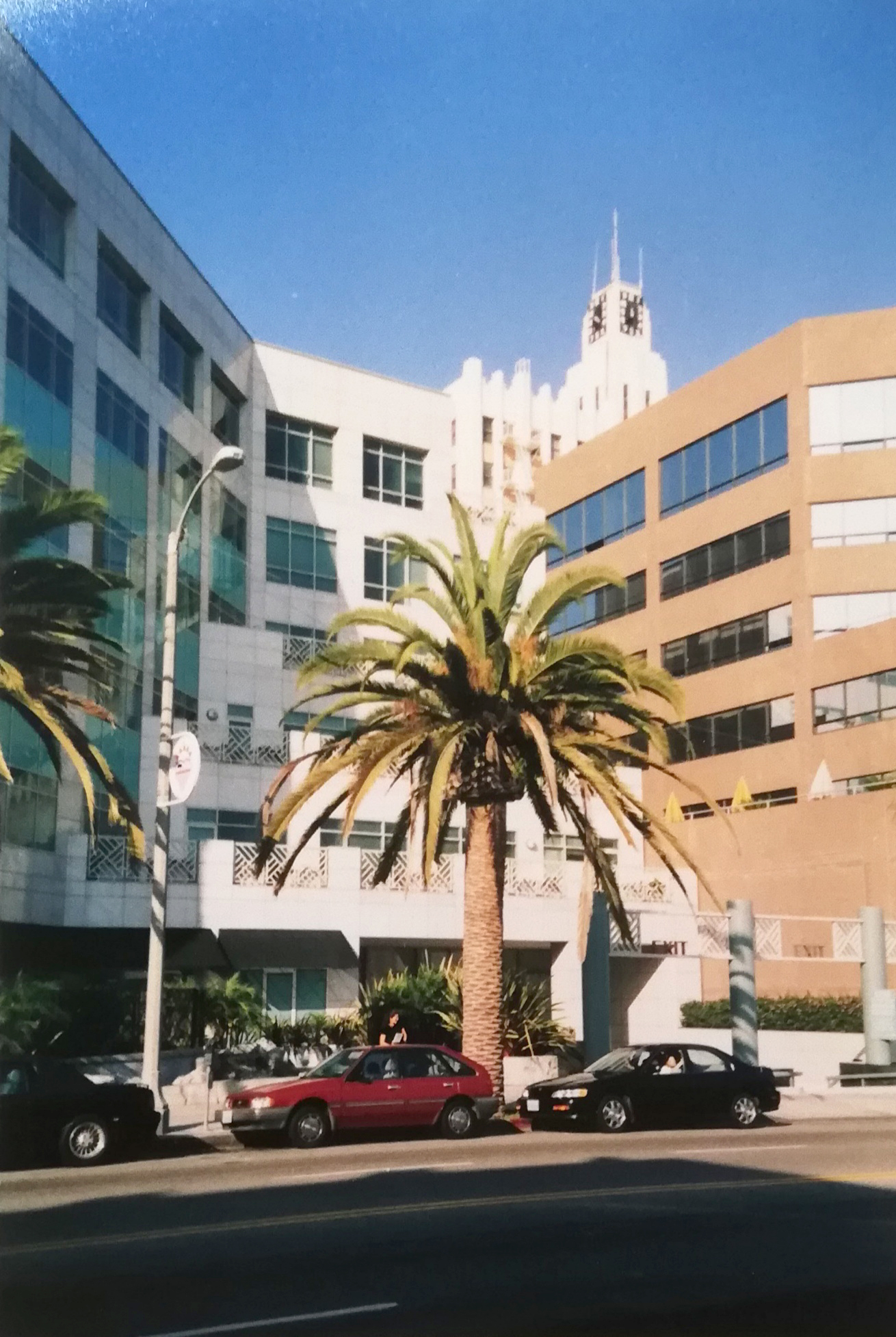 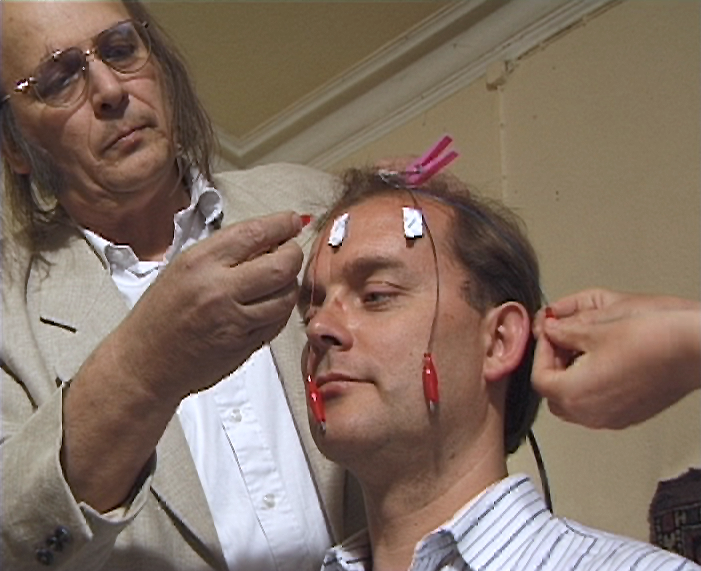 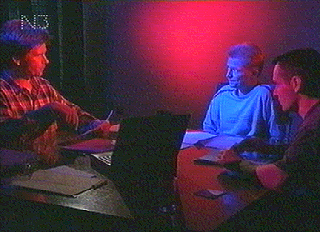 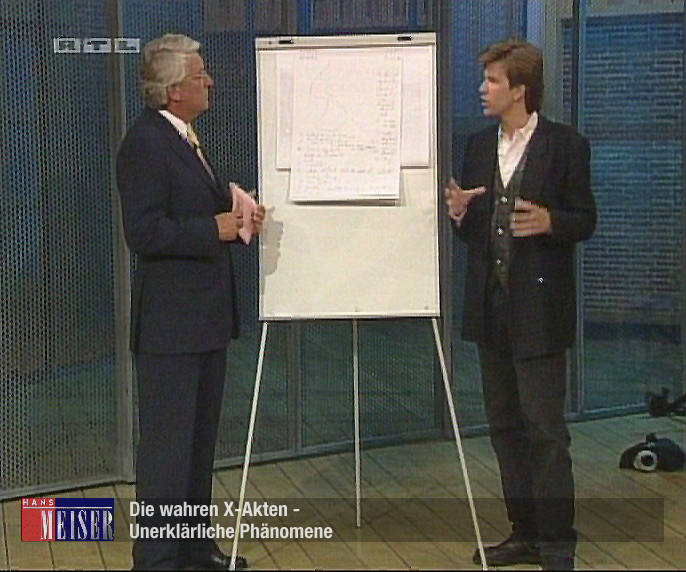 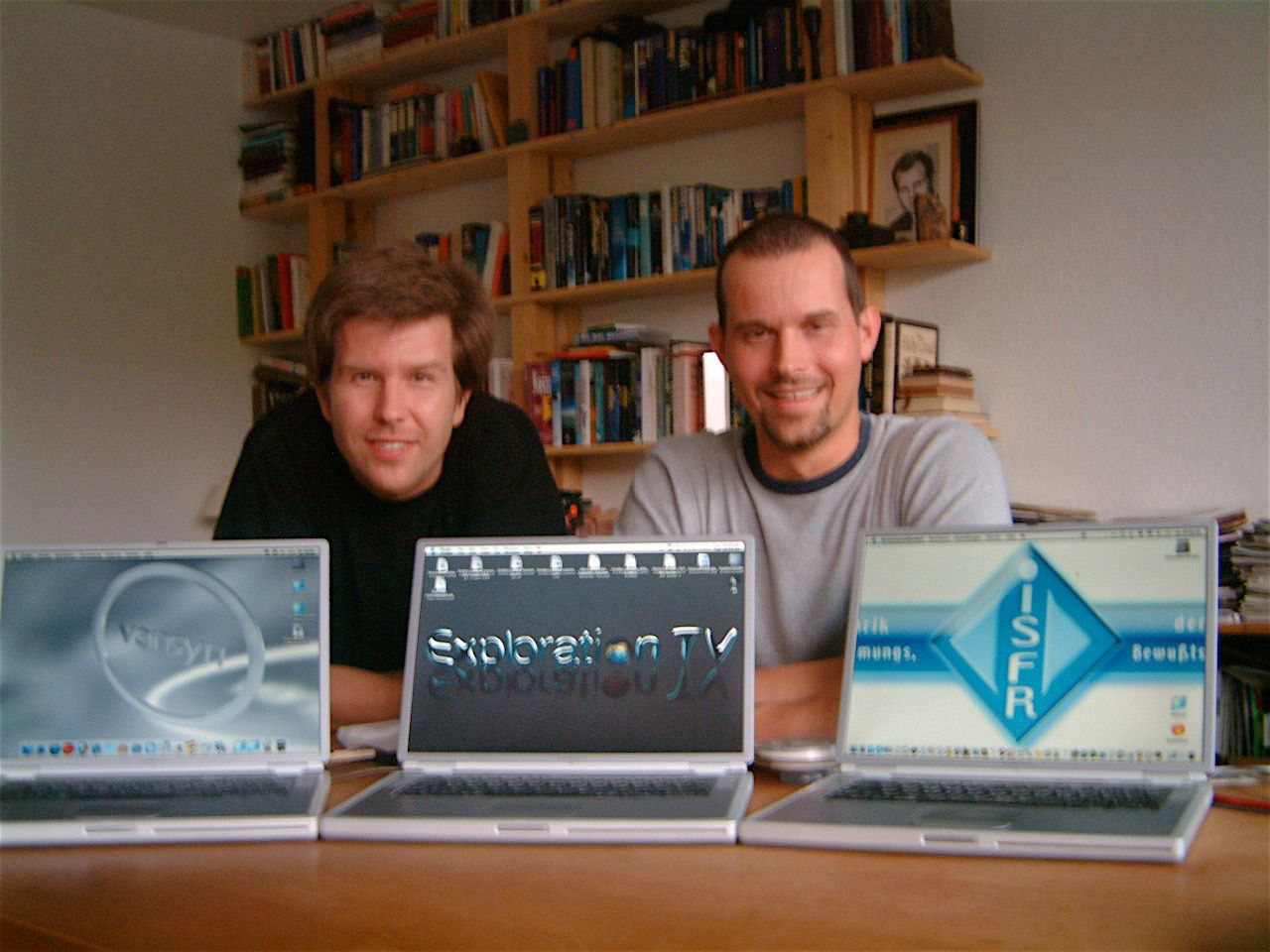 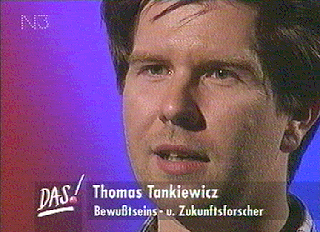 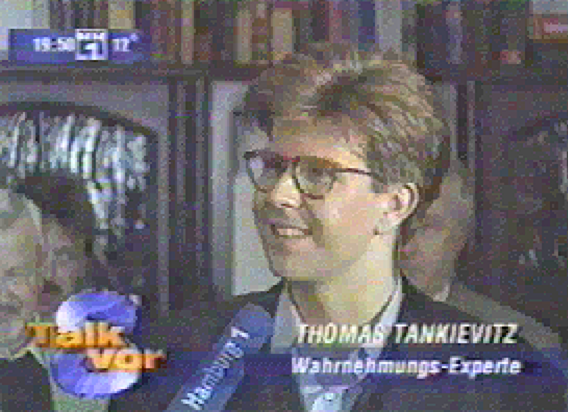 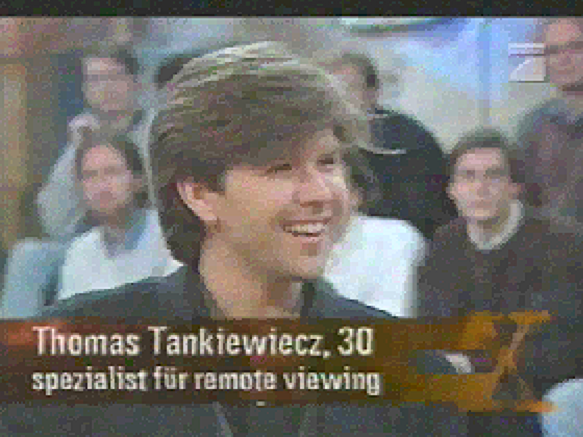 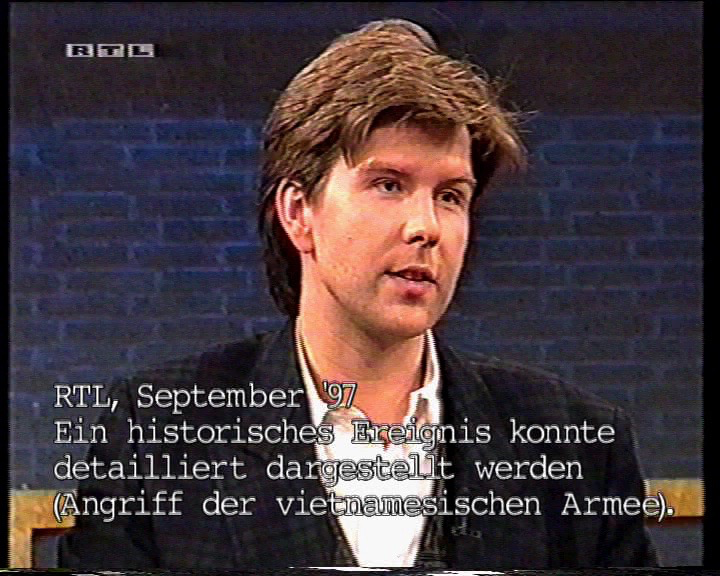 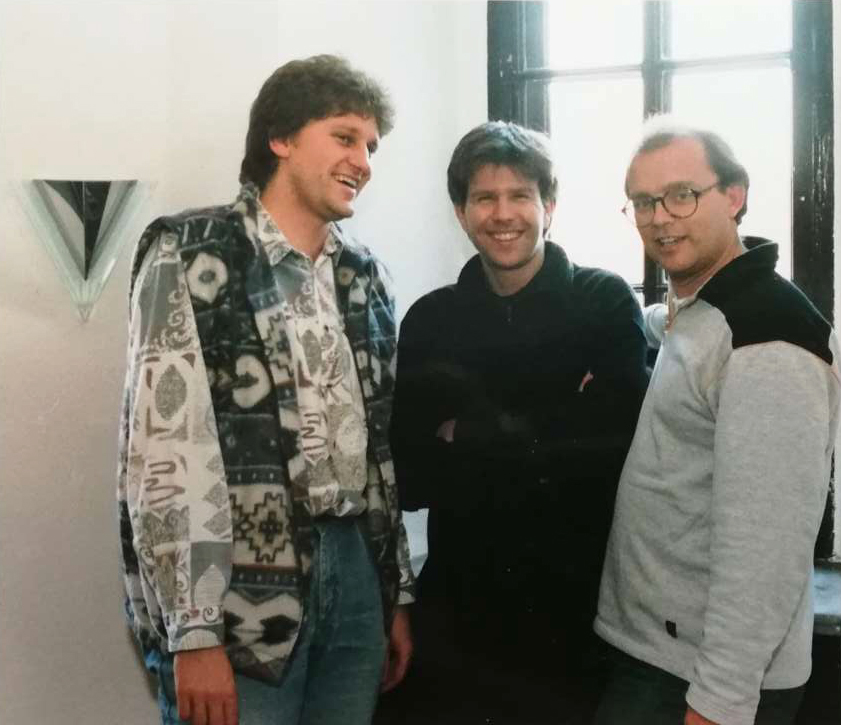 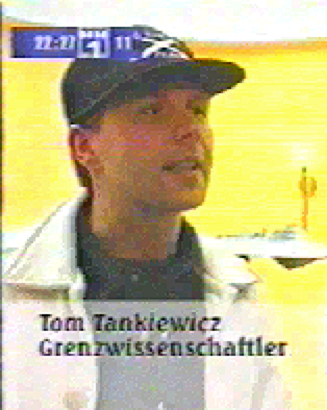 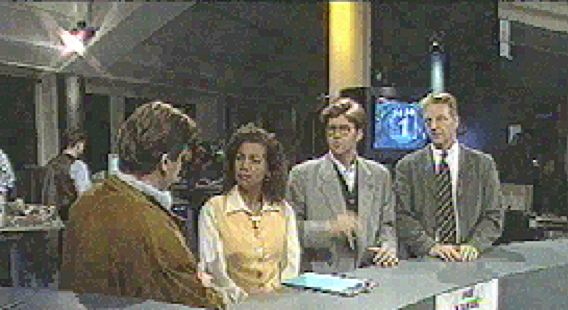 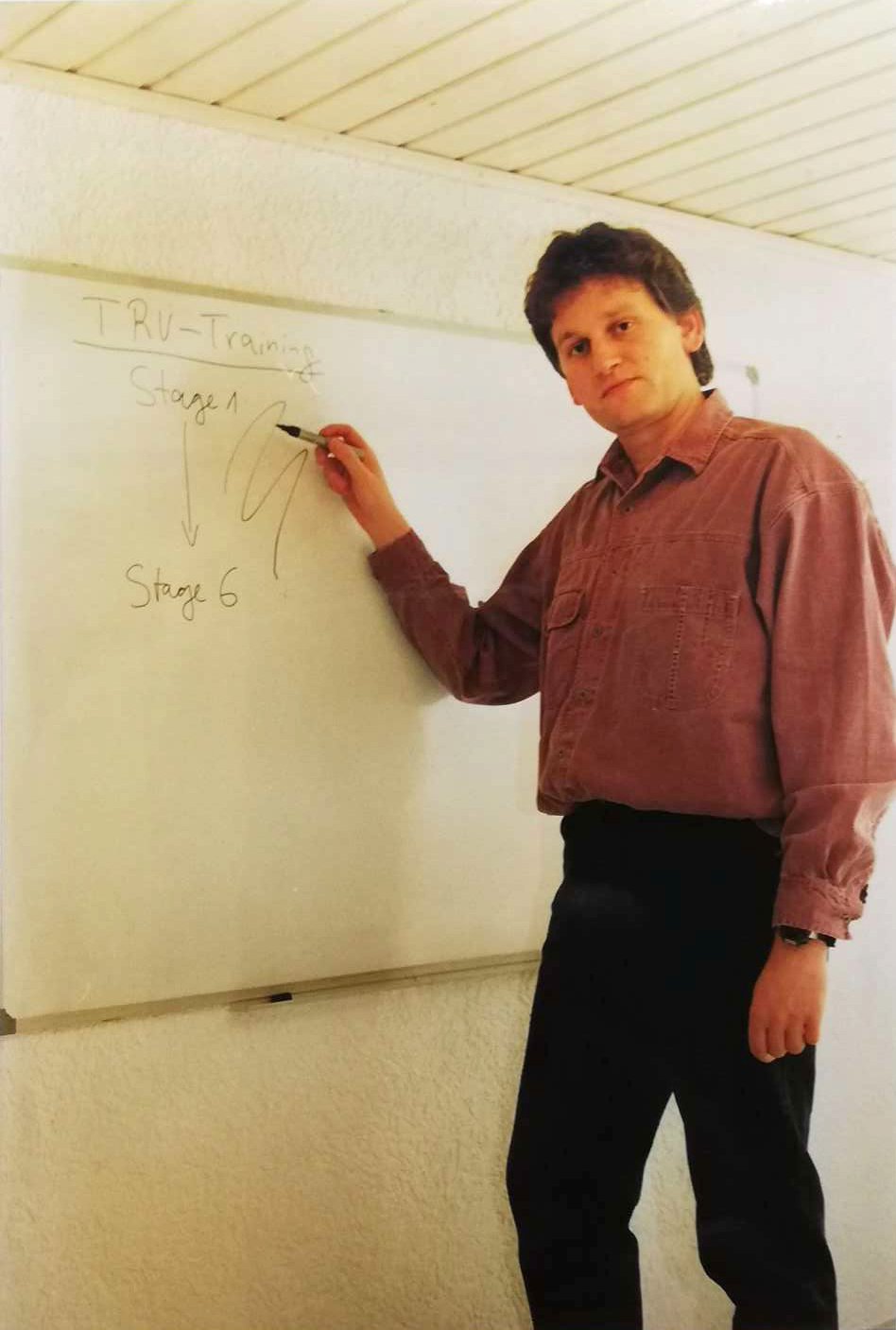 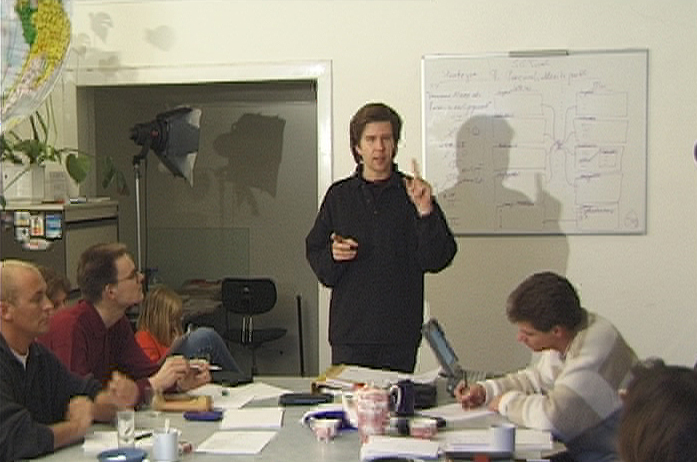 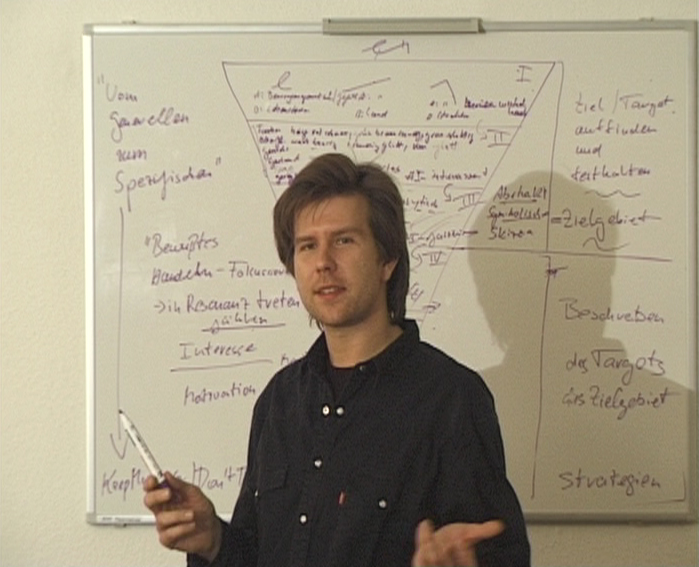 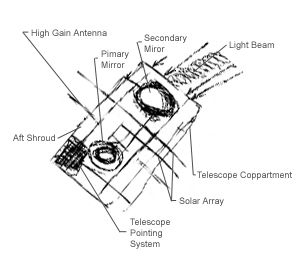 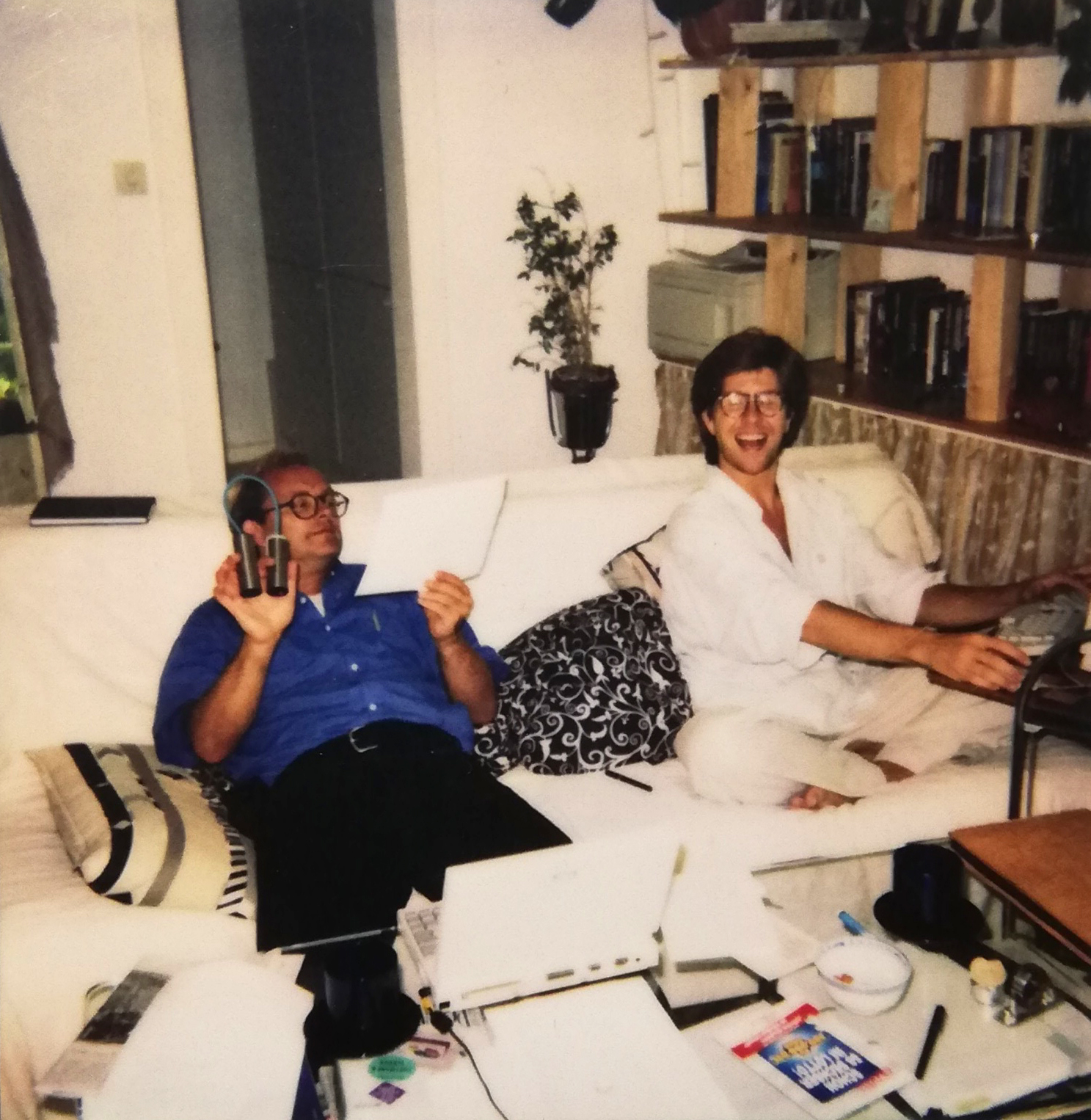 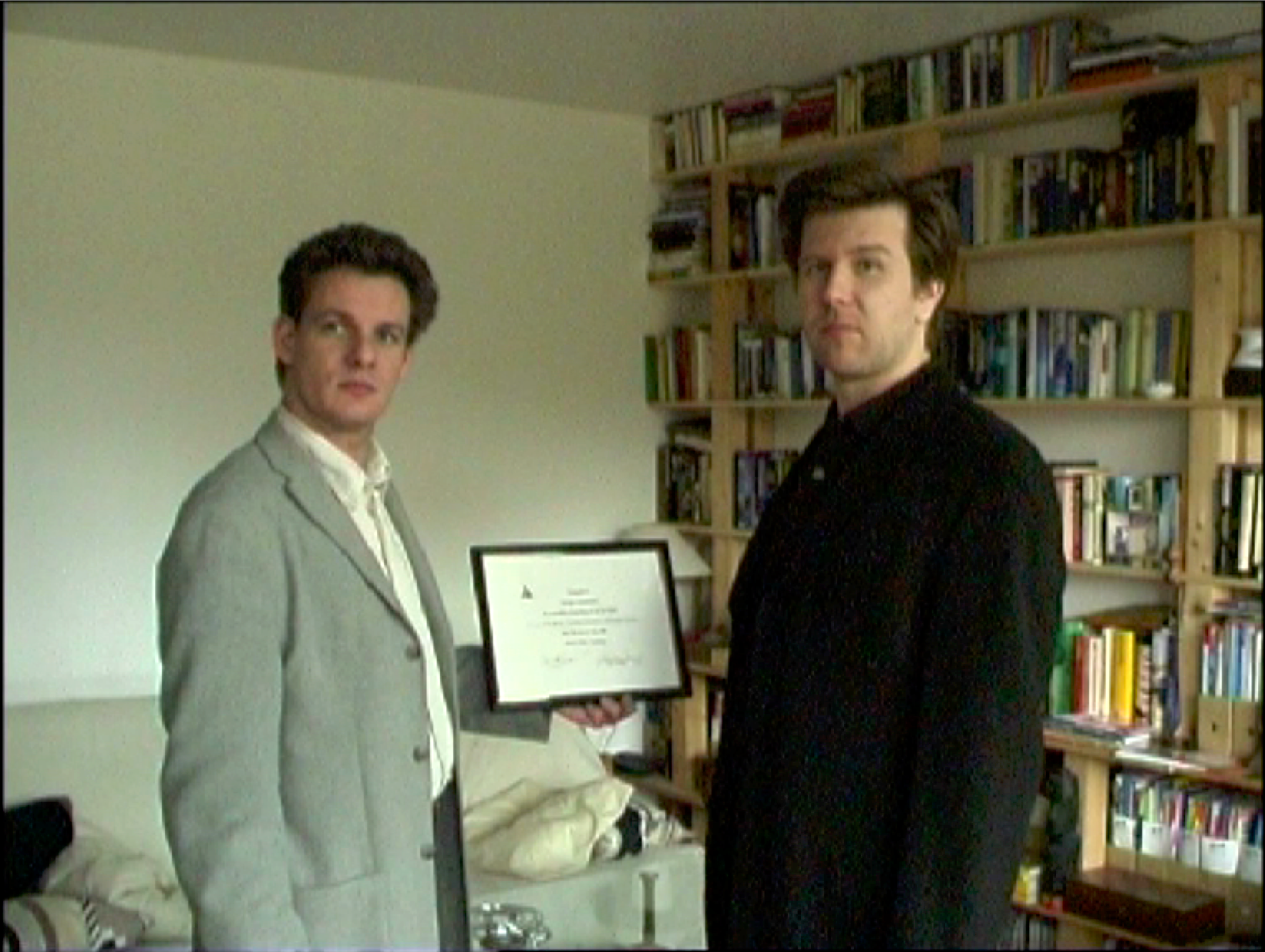 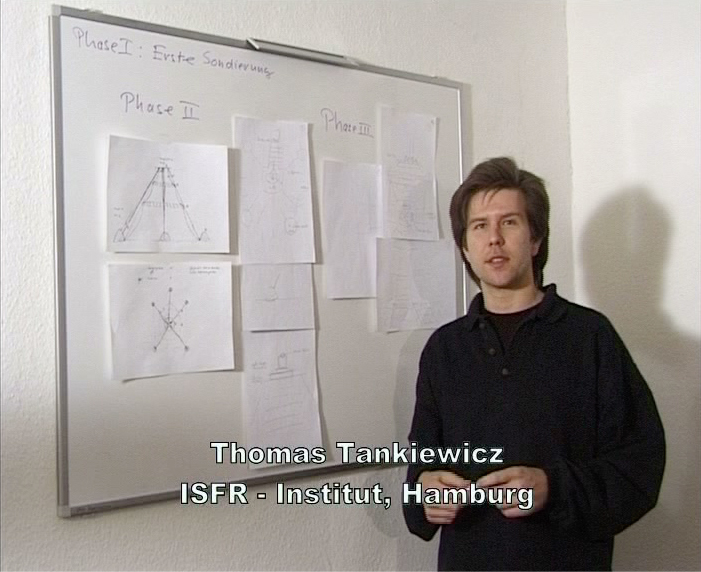 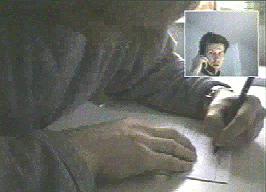 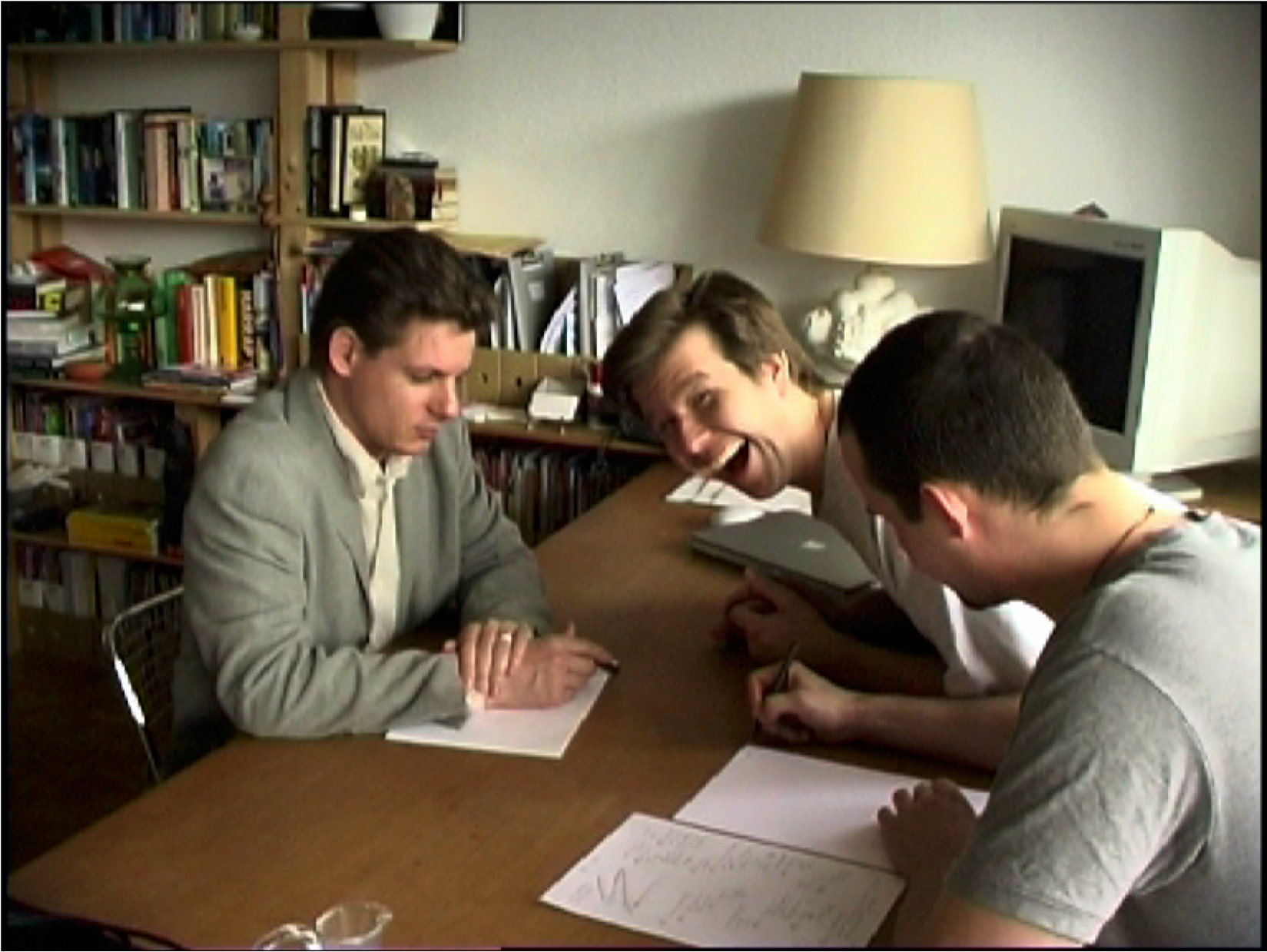 [1] “UFO World Conference” on October 28, 1995 in Düsseldorf, organized by Michael Hesemann and Ingrid Schlotterbeck. Hesemann was editor-in-chief of Magazine 2000, a magazine devoted to paranormal topics, from 1984 to 2000.

[3] Ed Dames developed the abbreviated TRV teaching version LearnRV and the associated Site-Template in 2004, which is now mostly taught as the TRV protocol.

[6] We can see the basics of this procedure today in the Stage 6 tool “Deep Mind Probe” as used in the German protocol version of e.g. RV-Akademie or AoM.