The format “TED” Talk is mainly known to people in the USA.
If you want to participate in the conferences, you have to apply for an invitation. So you could say: If you are invited as a speaker, you can consider it a special honor.

TED (short for Technology, Entertainment, Design) – originally an annual innovation conference in Monterey, California – is best known for the TED Talks website, where the best talks are posted online as videos free of charge.

Many of these videos have been subtitled in various languages since 2009, including German. At the innovation conference, which continues to take place, an exclusive group of experts from a wide range of fields exchange their ideas – in line with the motto Ideas worth spreading. Each speaker has a maximum of 18 minutes to present his or her idea in person. The spectrum of speakers ranges from scientists to entrepreneurs and activists to designers and artists. Since 2005, additional TED conferences have been held outside the USA (“TEDGlobal”). The annual 5-day main TED conference with more than 80 speakers has been held in Vancouver, Canada since 2014. 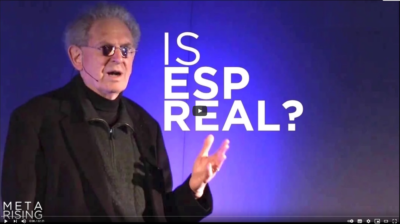 Russell Targ is a physicist and author, a pioneer in the development of the laser and laser applications, and co-founder of the Stanford Research Institute (SRI), which investigated psychic abilities in the 1970s and 1980s. SRI is a research and development think tank in Menlo Park, California. His work in the field of psychics, referred to as remote viewing, has been published in Nature, The Proceedings of the Institute of Electronic and Electrical Engineers (IEEE), and the Proceedings of the American Association the Advancement of Science (AAAS). Targ earned a bachelor’s degree in physics from Queens College and did his graduate work in physics at Columbia University. He received two National Aeronautics and Space- Administration awards for inventions and contributions to lasers and laser communications. In 1983 and 1984, he accepted invitations to present remote-viewing demonstrations and to speak on this research before the USSR Academy of Sciences. As a senior scientist at Lockheed Missiles and Space Company, Targ developed airborne laser systems to detect wind gusts and air turbulence. After retiring in 1997, he now writes books on psychic research and educates the world about remote viewing.

Targ is also the author or co-author of nine books dealing with the scientific study of psychic abilities and Buddhist approaches to the transformation of consciousness, including Mind Reach: Scientists Look at Psychic Ability (with Harold E. Puthoff, 1977, 2005); Miracles of Mind: Exploring Nonlocal Consciousness and Spiritual Healing (with Jane Katra, 1998); and Limitless Mind: A Guide to Remote Viewing and Transformation of Consciousness (2004). He also wrote an autobiography, Do You See What I See: Memoirs of a Blind Biker (Memoirs of a Blind Biker), 2008, and his most recent book is The Reality of ESP: A Physicist’s Proof of Psychic Abilities. 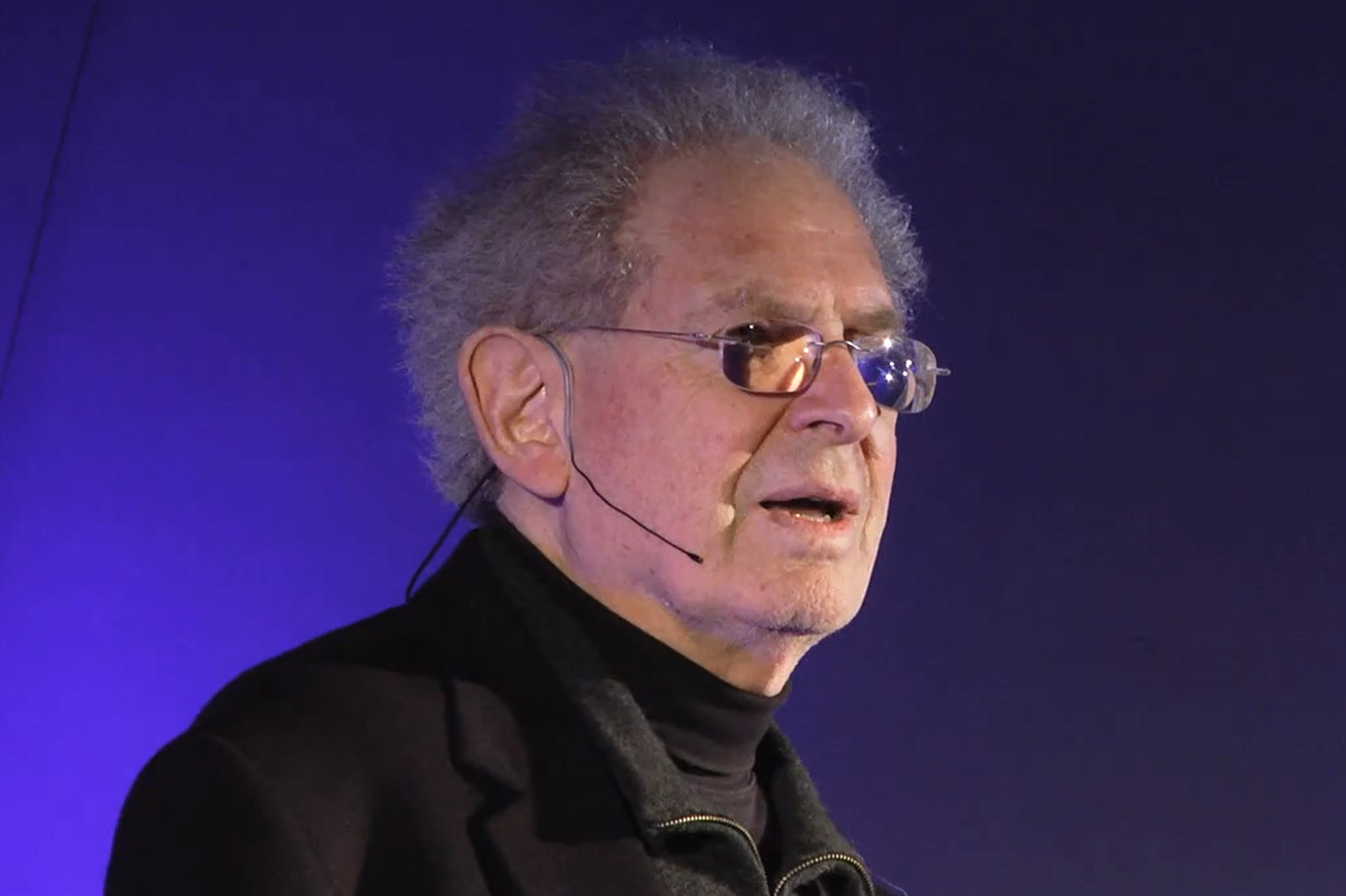 This accumulated lifetime of accomplishments earned Russell Targ the opportunity to speak for TEDx Talk. His talk on “The Reality of ESP: A Physicist’s Proof of Psychic Abilities“ was scheduled for broadcast at TEDxWestHollywood.
But what happened next was unexpected: The broadcast of the recorded TED Talk was canceled.

TED revoked the license of the entire TEDxWestHollywood event (titled “Brother, Can You Spare a Paradigm?”) just a few weeks before it was scheduled to air on April 14, 2013. Justification: Ideas that “have not been scientifically accepted”. This was a bitter blow for all involved, some of whom had spent more than a year preparing.

In an email to Suzanne Taylor, the organizer of TEDxWestHollywood, a TED representative described the objections: “When we look at your list of speakers, we see several people who – and this is fact – promote theories that are far outside what most scientists would accept as credible … We ban speakers who use the language of science to claim that they have proven the truth of ideas that are speculative and that have not found significant scientific acceptance.” 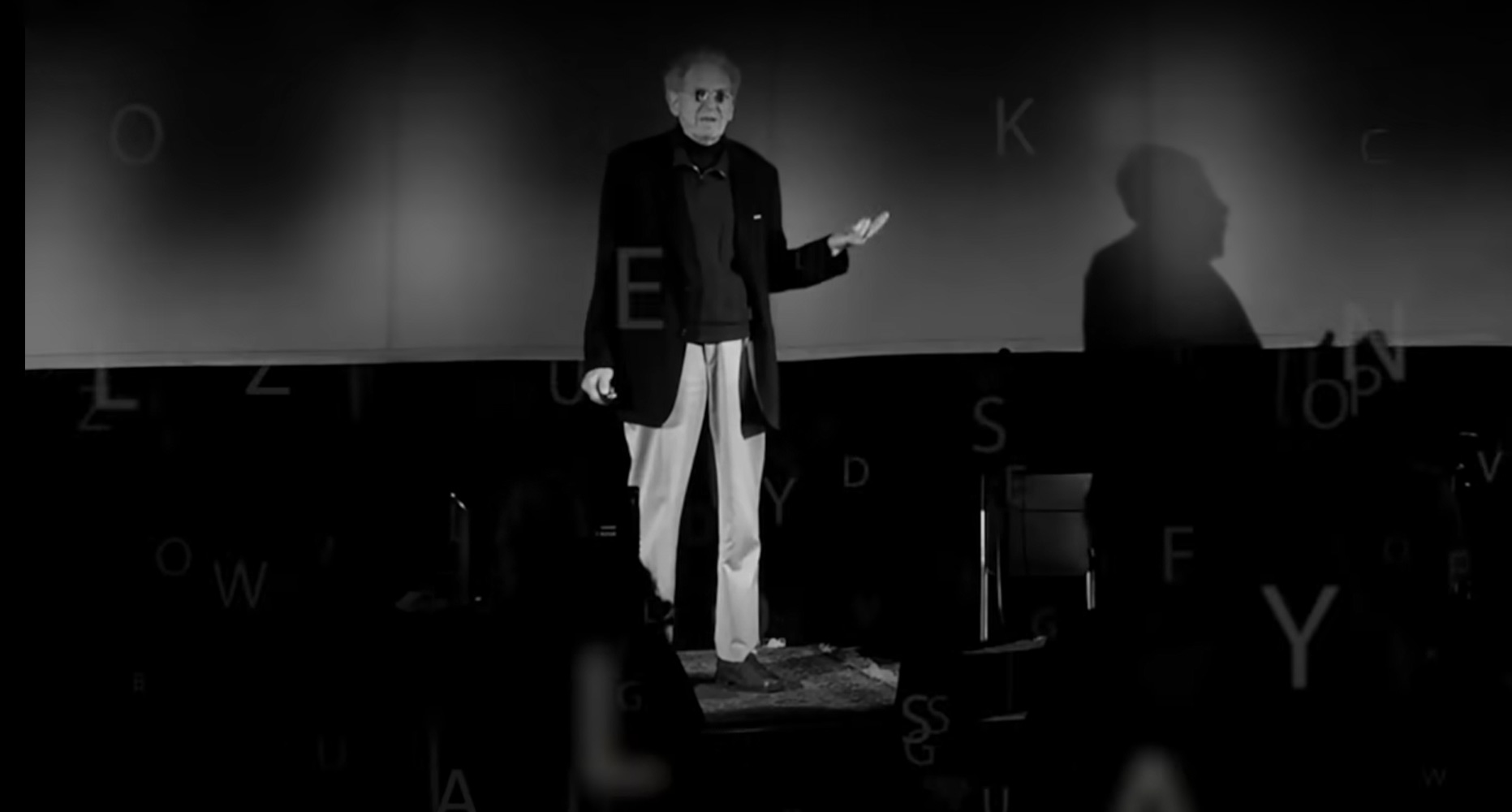 Targ’s talk is not alone in this. For example, a paper by author Graham Hancock titled “The War on Consciousness” was canceled, as was one by scientist Rupert Sheldrake titled “The Science Delusion.” When it comes to topics that contradict previous research or views, TED apparently sees a danger for the scientific world. In addition, there is a good portion of dogma. We already know this from history and it seems to repeat itself constantly. Galileo or Copernicus, for example, turned the world upside down with their research. It was bitterly fought against it and with all means was tried to maintain the old world view. Fortunately there are no more witch burnings, nevertheless the principle, which springs from the dogmatic thinking, remained the same. A modern “witch hunt” still exists. 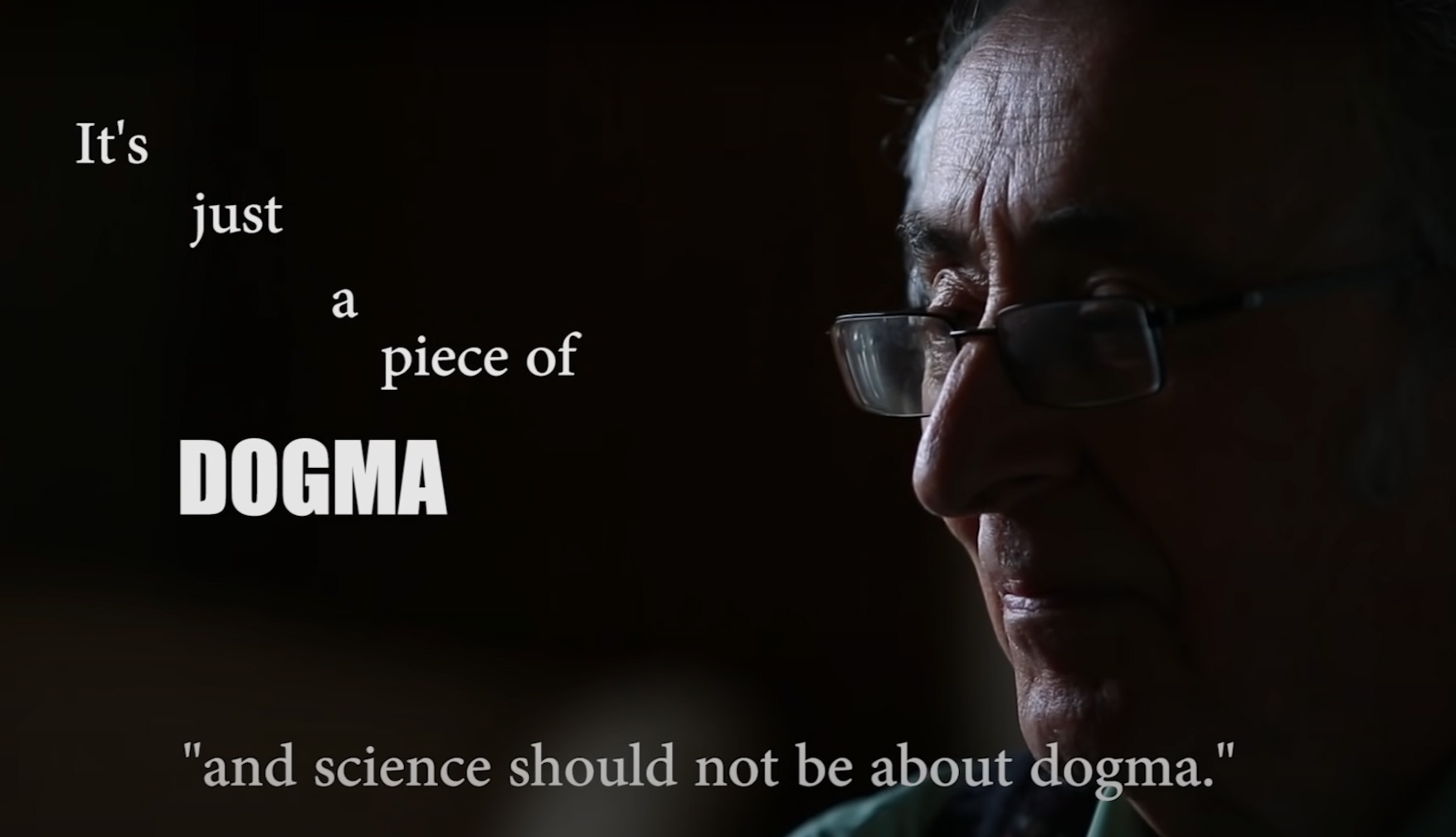 “Well i think PSI research is important because its an essential part of reality that science hasn’t yet taken note of. Furthermore there’s a lot of misconception about it. People assuming without any proof that there’s no such thing. Its just a piece of dogma and science should not be about dogma.”

What is considered impossible today may be reality tomorrow through a more comprehensive theory of physics, but this requires courage. Courage to discard old ways of thinking, to give up errors and, in some circumstances, to admit that one has spent decades researching in the wrong direction. The world is subject to change. As thinking beings, we try to create a picture of reality and explain the world around us. It is time for the sciences to put aside their vanity and pride in always wanting to be right. While it is humanly understandable to be reluctant to admit to having taken a misleading approach for several decades, it is anything but purposeful.
When it comes to topics in the field of parapsychology, such as ESP, there is often fierce opposition to many people’s belief systems, despite the fact that publications in the peer-reviewed scientific literature have studied this topic for more than a century, with some fascinating results. “In canceling the TEDx event in West Hollywood, I was apparently accused of using the guise of science to support creepy claims (or something like that),” physicist Dr. Russell Targ said in “The debate about Rupert Sheldrake’s talk” on TED Conversations.
“People on [the TED Conversations] blog have asked what I’m going to talk about. That’s an easy one to answer. I co-founded a 23-year research program investigating psychic abilities at the Stanford Research Institute. We conducted research and applications for the CIA, Defense Intelligence Agency, Air Force and Army Intelligence, NASA, and others. In this $25 million program, we used remote viewing to find a downed Russian bomber in North Africa, for which President Carter praised us. We found a kidnapped U.S. general in Italy and the hijacked car that hijacked Patricia Hearst. We monitored U.S. hostages in Iran and predicted the imminent release of Richard Queen, soon to be sent to Germany. We described a Russian weapons factory in Siberia, which led to a U.S. congressional investigation into weaknesses in U.S. security, etc.” Many examples can be given by Targ, but that’s just the problem with dogma – critics already refuse to even look closely.
“We published our scientific findings in Nature, Proc. IEEE, Proc. AAAS, and Proc. American Institute of Physics. I thought a TED audience would find this material, recently brought to light from secrecy, interesting. And no physics would be harmed in my presentation.”

For the time being, Russell Targ had no choice but to publish the recording of his talk himself. But with good success: to date, it has nearly 7 million views over 100,000 likes and over 14,000 comments.

Pseudoscience or suppression of radical ideas?

After the TED committee objected to some of the speakers (Marianne Williamson, Russell Targ, Larry Dossey and Marilyn Schlitz), the organizers of TEDxWestHollywood decided to continue with the newly named “ExTEDWestHollywood”. Planning is progressing, Taylor is heard saying. “The speakers are – miraculously – all on board and energized.”

The note states that a TED-like experience “should exclude talks that use the language of science to present speculative claims as facts.”

Quote from the TED statement:
The theme of the program (which has since been edited online) was described thus:
“Brother, Can You Spare a Paradigm?” will address the need to change our basic value system or worldview to one in which humanity pulls together to replace the current worldview in which whoever has the most toys wins. The new ideation will be based on what science tells us is a quantum universe, where everything is interconnected and interdependent – an organism that must function for the good of the whole.

This language alone raised a red flag. (Characterizing the universe as a single organism is not a tenet of quantum physics). As more details emerged, we made the curatorial decision that the program was not appropriate for TEDx. Our decision was not based on any one speaker, but on our assessment of the overall curatorial direction of the program.

“The current worldview needs to change so that we become a more compassionate humanity and that caring for each other, for the whole species, becomes the most important thing,” Taylor said. “This question of what is and isn’t a legitimate topic for TED could be the beginning of a larger dialogue to free the culture from such a narrow, old, Newtonian cause-and-effect perspective.”