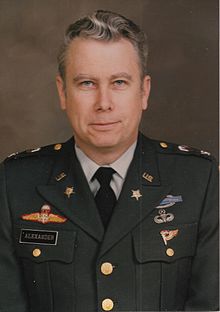 John B. Alexander, Ph.D. is a retired senior army officer who has been involved in scientific consciousness research for decades. He was a founding member of IRVA, past president of the International Association for Near-Death Studies (IANDS) and was a council member of the Society for Scientific Research (SSE) for three years.

As a former colonel in the US Army, Dr. John B. Alexander holds key positions in the Special Forces, intelligence and research and development. At Los Alamos National Laboratory, he performed the non-lethal defense one for which he is an internationally recognized expert. He later attended the Harvard JFK School of Government Senior Executive Program on National and International Security, served as an advisor to the Afghan Minister of Defense and high-ranking civil servant and, after his retirement, worked for the US Army Science Board and the National Research Council, among others. After traveling to remote areas on every continent on earth, he has studied a wide variety of phenomena.

John B. Alexander is the author of several books and many articles on international security issues and phenomenology. He is currently a Senior Fellow at the US Joint Special Operations University and is a private consultant. His diverse activities also include the activity as a Councilor for the Society for Scientific Exploration.

UFOs: The Good News and the Bad News | John B. Alexander

(Recorded at the 27th annual SSE Conference in 2008 in Boulder, Colorado, USA)