The truth ist out there.

The truth ist out there.

“… a handful of UAP appear to demonstrate Advanced Technology …” 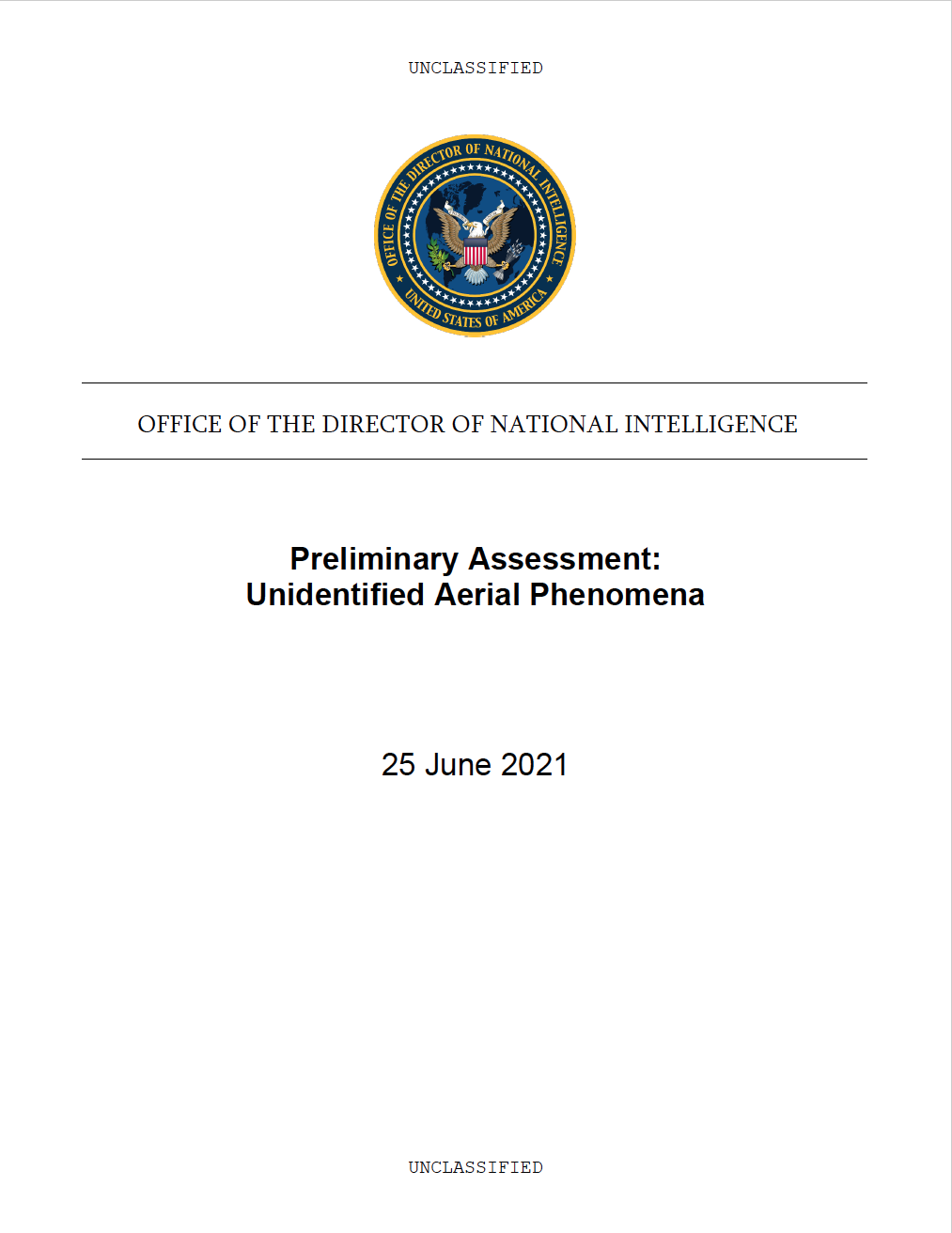 The intelligence service report on the “Preliminary Assessment of Unidentified Air Phenomena” released today had been eagerly awaited. In the last few weeks and months, more and more photos and videos have been leaked, some of which were later officially confirmed. The UFO phenomenon is now called UAP – “Unidentified Aerial Phenomenon”, which basically only refreshed the terminology a bit, because the previous term no longer thought of any kind of flying objects as neutral in terms of value.

In the report itself, reference is primarily made to the recorded incidents from more recent times, specifically to everything on record of this type from the years 2004 to 2021. The core message of the document is very Socratic – you know you don’t know anything. As spectacular as some descriptions of sightings may be, there are few final explanations. First of all, you have to limit yourself to putting the impressions you have gathered in 5 different drawers: airborne clutter, natural atmospheric phenomena, USG or U.S. industry developmental programs, foreign adversary systems, and a catchall “other” bin.

But that also means: If you subtract the events of the first 4 categories, there is always something left over in the fifth drawer. It is now the ominous “other” that gives reason to ponder. The reactions and evaluations of the USA are of course predictable – freely summarized: “Better technology than ours is fundamentally a potential threat. If there are hostile powers on the other side of the globe, that’s a problem. If it doesn’t come from Earth at all, it’s also a problem.” For a nation that is used to militarily looking down from the top of the food chain, an unfamiliar admission. Officially, however, most of the concern is for the many airliners that would have a problem with flying ghost riders in their nicely regulated airspace.

But there are apparently not a few phenomena that occur more frequently and thus already carry a certain confirmation of the authenticity of the observations. For years, the US military had collected sightings of unidentified objects in flight with naval ships and military jets. Combat pilots reported occasionally spectacular encounters with unknown flying objects during training flights. It is excused that the observations collected so far mostly happened only by chance, and the corresponding sensors could therefore not record any more precise data.

In 18 incidents, which were described in 21 reports, observers reported unusual UAP movement patterns or flight characteristics.

Some UAPs appeared to remain stationary in the air, moving upwind, maneuvering abruptly, or moving at considerable speed with no apparent propulsion means. In a small number of cases, military aircraft systems processed radio frequency energy that has been linked to UAP sightings.

The conclusion follows that it is essential to set up a body that collects, compares and evaluates all UAP sightings. “Some of these steps are resource-intensive and would require additional investment.” Not surprising.

Remote viewing and the aliens 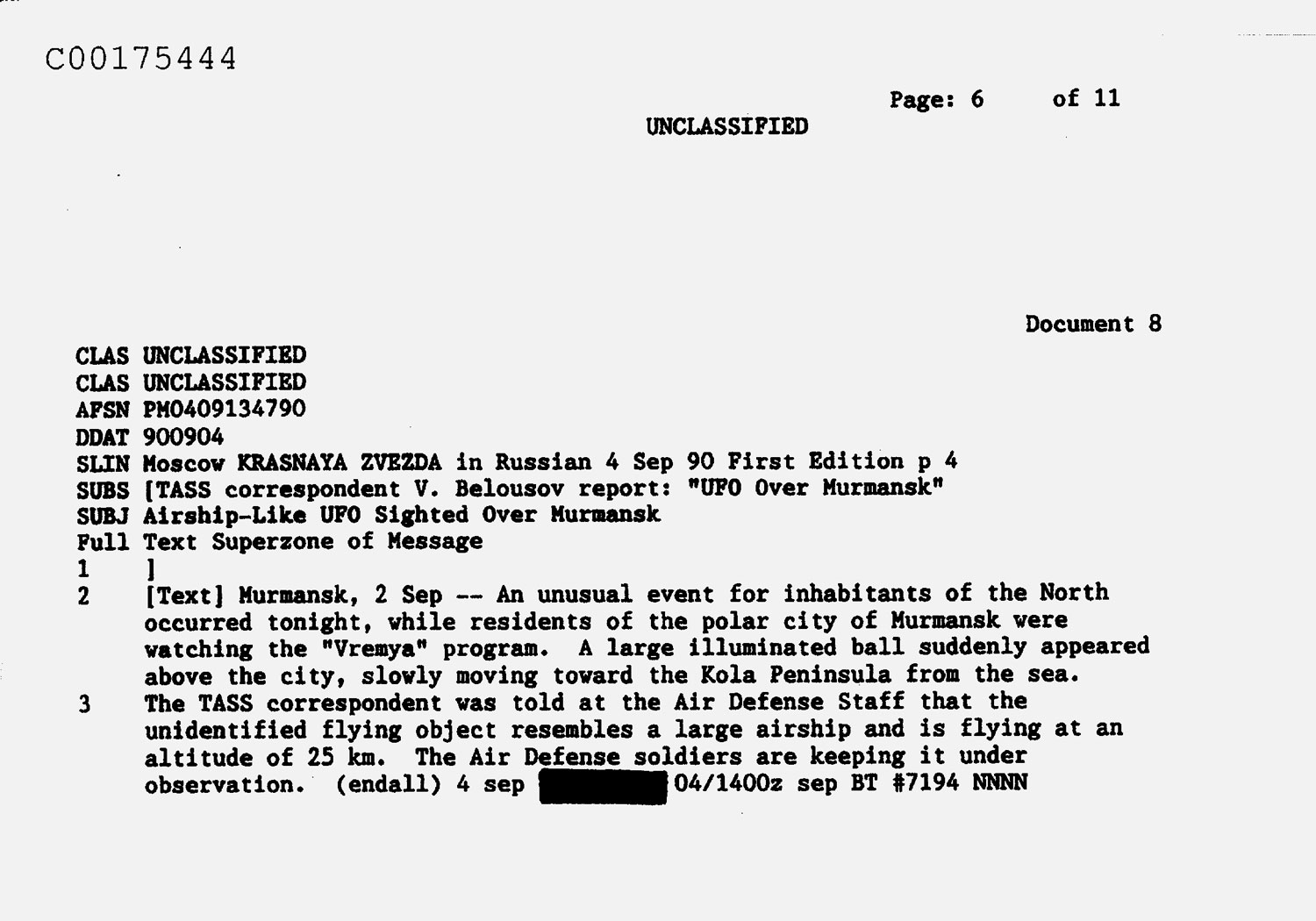 Remote viewing users have always had on their minds what it means to really be able to look at >any< target. At this point you don’t have to evaluate the countless sessions that dealt with extraterrestrial intelligence and its technology. Here, too, it cannot be decided unequivocally where the real data ends and the AOL begins, especially since most of the results in circulation today were created without the assurance of a reliable protocol structure. False flag actions and information cannot be ruled out from the outset either, there would be motives. Nevertheless – even if only a small percentage is assumed to be potentially resilient, the conclusion is far-reaching. You don’t need hundreds of aliens or their spaceships to prove their existence – a single one is enough in principle.

(Protocol based) Remote viewing could, however, make a great contribution to clarification in this context. What the authors of the UAP report regret – namely that they did not have better sensors available at the time the recordings were made – can at least partially be made up for with our technology. Information reaches beyond the boundaries of space and time (!), It wouldn’t even be difficult to pocket. Describe the object in this photo, this video. In detail. In a proper operational work setting.

Furthermore, a prediction of the next encounters might be possible. The previously possible future predictions with remote viewing do not have a 100 percent hit rate, but even a meeting point with a 20 or 30 percent probability would be a profitable affair for the data collector with the on-site sensors.

Dentist on the Djemaa el Fna in Marrakech: A large pile of extracted teeth is enough to prove his skills.

So then. From some viewers you can hear that the archives are being searched for presentable sessions about the moon, Mars, ETs, Oumuamua and so on. (With a wink as a comparison, the picture of the dentist in Marakesch, who embodies the basic rules of self-promotion with his stand.) But: We are preparing to finally be able to talk about these topics. So far, this has not been a matter of course and is often acknowledged at least with raised eyebrows by fellow human beings.

Narratives from aviators in the operational community and analysts from the military and IC describe disparagement associated with observing UAP, reporting it, or attempting to discuss it with colleagues. Although the effects of these stigmas have lessened as senior members of the scientific, policy, military, and intelligence communities engage on the topic seriously in public, reputational risk may keep many observers silent, complicating scientific pursuit of the topic.

Interesting in this context is the brief sideways glance at some sessions that predict a very news-relevant topic with certain parallels for the summer of 2021. As always, despite all the crystal ball show, it is only afterwards that you know what was meant. In any case, we can look forward to what the public discussion will bring in the coming weeks.