Research & Development of the CRV Protocol

When we talk about remote viewing today, we usually mean protocol-based work with CRV or other protocol variants. However, this is not the sole definition of “Remote Viewing”, (see our article here), but only the prevailing way of working today – at least in the area of operational applications. The “original” remote viewing at the SRI, which in retrospect is called GRV (Generic Remote Viewing), was not yet protocol-based. The first military applications, for example by Joe McMoneagle, also used GRV as a method.

Today’s CRV (Controlled Remote Viewing) was developed with the goal of being able to transfer “natural psychics” capabilities to selected non-psychic trainees. In addition, protocol-based work had the effect of allowing cleaner analysis of the data and dealing with the problem of AOLs.

That is the key to the WHAT, HOW, and WHY question of the protocol. The assumption was that every person has the ability to perceive PSI. Perhaps there are gradations in questions of talent, but the general ability would be inherent in each of us. Like, for example, the ability to wiggle one’s ears: Everyone has the muscles necessary to do this, but not many have figured out on their own how to move them. It’s also hard to impossible to teach another this ability just by “demonstrating” it.

That is what the protocol does and reflects. It draws the conscious and unconscious processes in a reproducible grid and enables the perception to adjust to the new thought patterns.

The development up to the finalization of the 6 stages known today was done step by step, along the paths that resulted in the observation of the natural flow of perceptions and information in the sessions of the “natural psychics” and also of the trainees themselves. A three-year program, from 1981-1983, was designed to train the first viewers and at the same time to finalize the protocol.

Thus, the protocol served two functions – targeting psi perception in the trainee, and serving as an application protocol for a structured and evaluable data set.

The 1983 summary shows that Stage 5, 7, and 8 were still under development, while the other Stages were already in place. The later written CRV protocol (1985/86) does not include Stages 7 and 8, but there are some impressive working examples of S7 from Tom McNear.

In the 1983 development report, the goal of CRV training was described as follows:

WHAT ARE WE ASKING THE TRAINEE TO DO?

The first trainees were Rob Cowart and Tom McNear [1]. The training took place at the SRI in California, where they usually spent 2 weeks a month (which meant flying across the continent twice a month). However, Rob developed cancer and was discharged from the Army for medical reasons, and Tom completed the training on his own. [2] 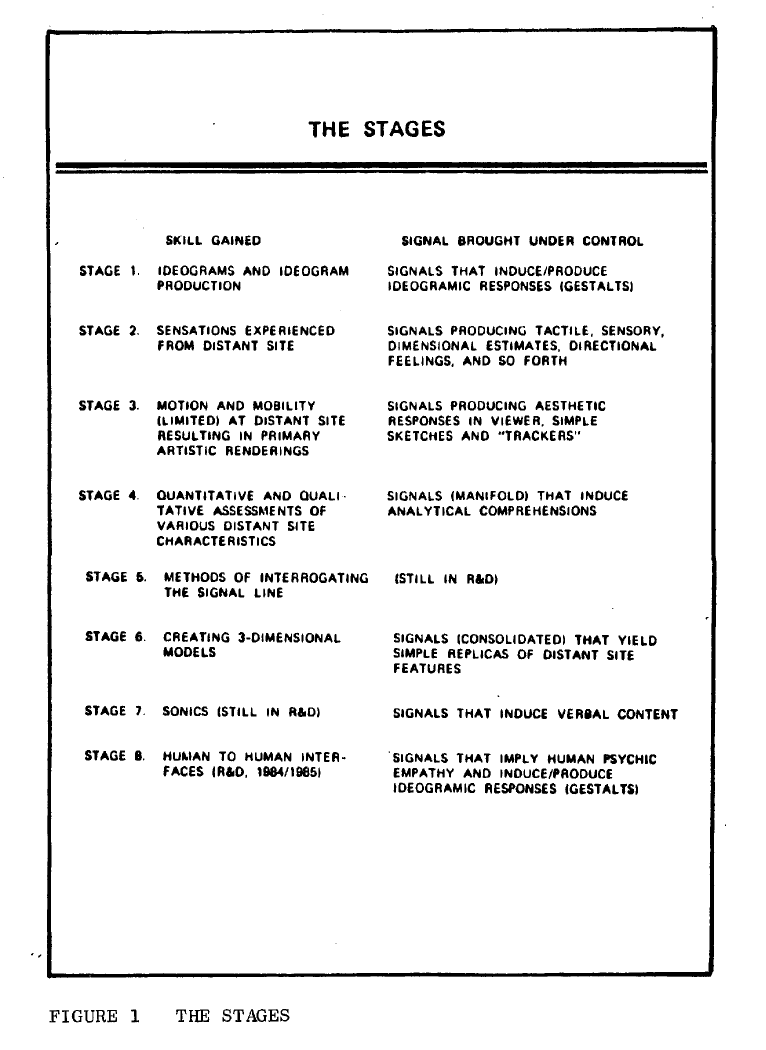 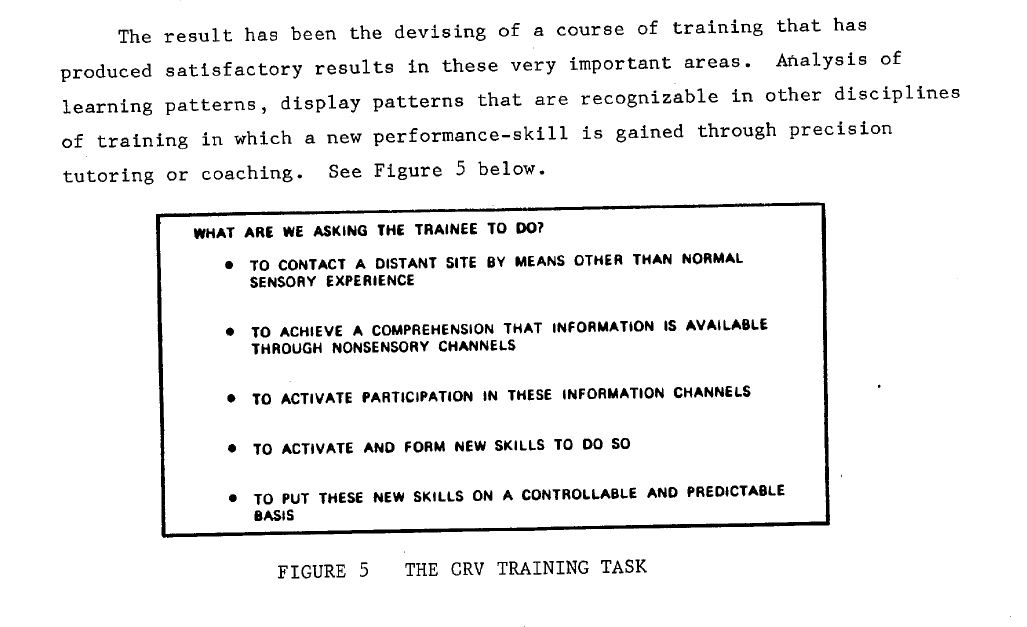 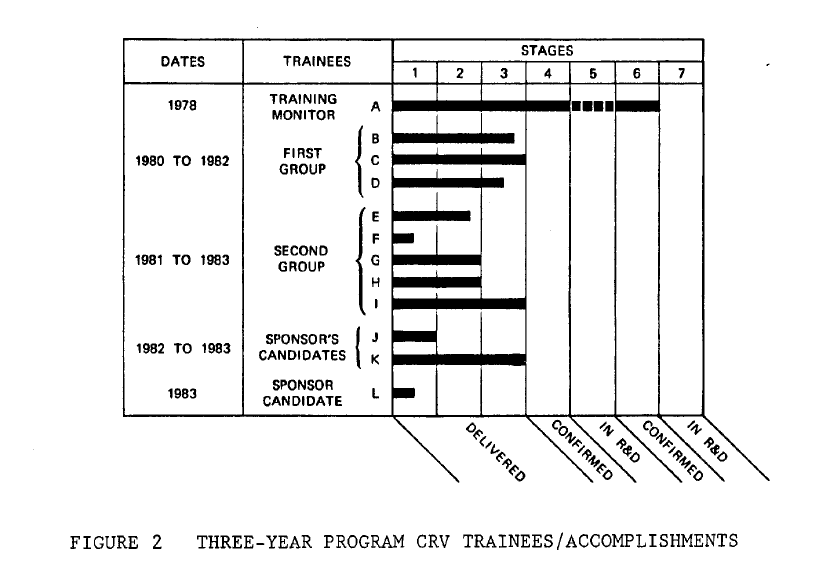 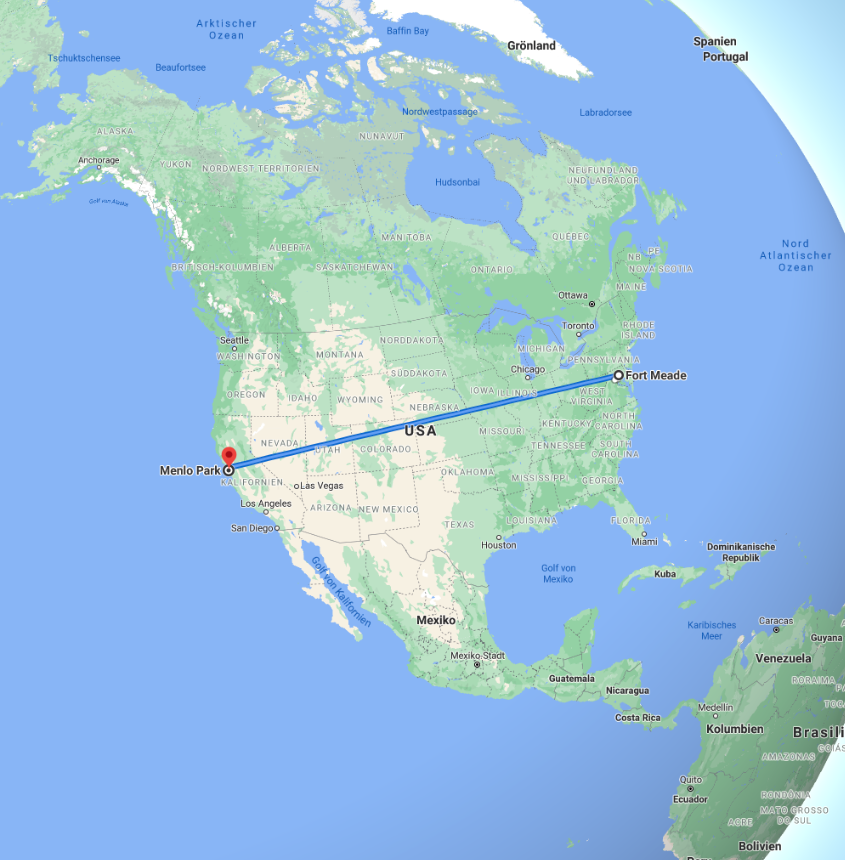 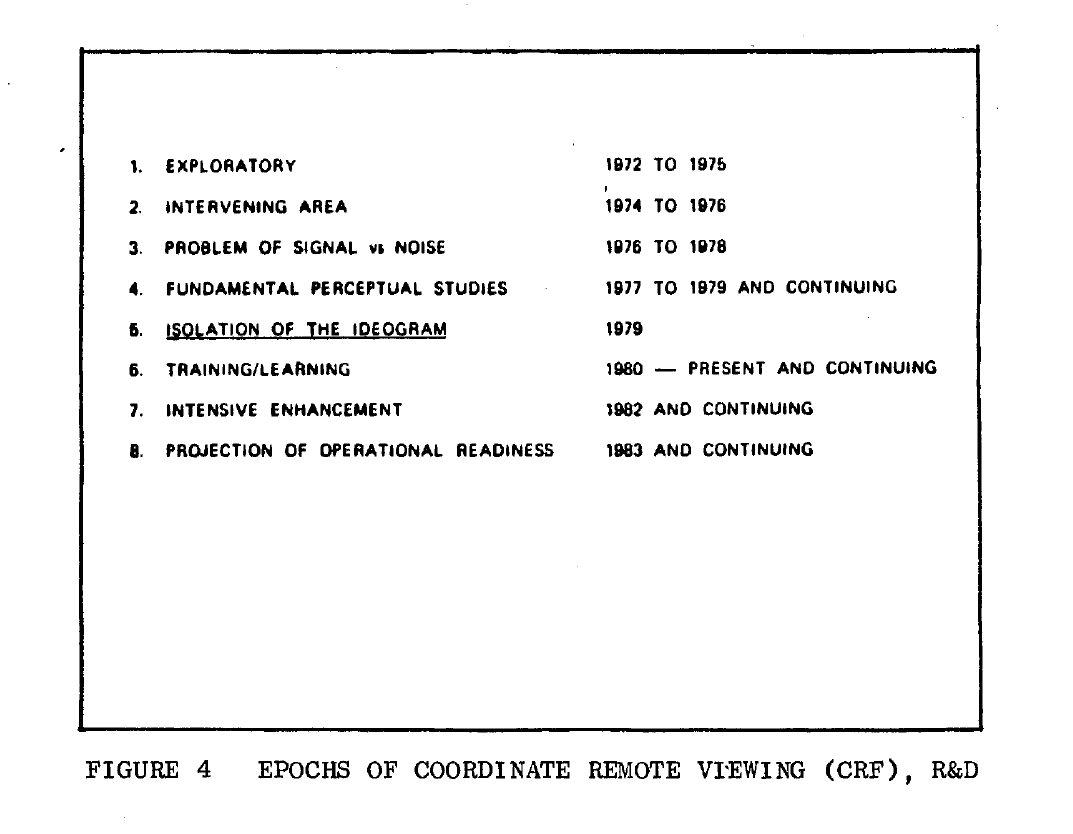 What may be striking from today’s perspective is that the training covered a very long period of time. The future viewer sometimes trained on one level for weeks before moving on to the next. On the one hand, this certainly has to do with the fact that the developers of the process attached great importance to scientific work and that the theory was tested in practice by repeating the individual steps thousands of times with all trainees. On the other hand, one must not forget that the future field of application of the viewers required the greatest possible precision and data security – and skills require training in order to be perfected. Nowadays, if you learn some RV protocol in a weekend instead of taking 3 years, the trainee will have understood the basics, just as a piano student can understand which note is on which key after the first lesson. Nevertheless, to go from a beginner to an expert requires a long and intensive study of the matter, reflection on the subtleties and connections, and above all practice, practice, practice … Whoever has an experienced viewer around him in this process, who gives him advice and experience, is on the best way.

In this sense: Good Look!

[2] More information about Rob Cowart in this article: Content be Damned! 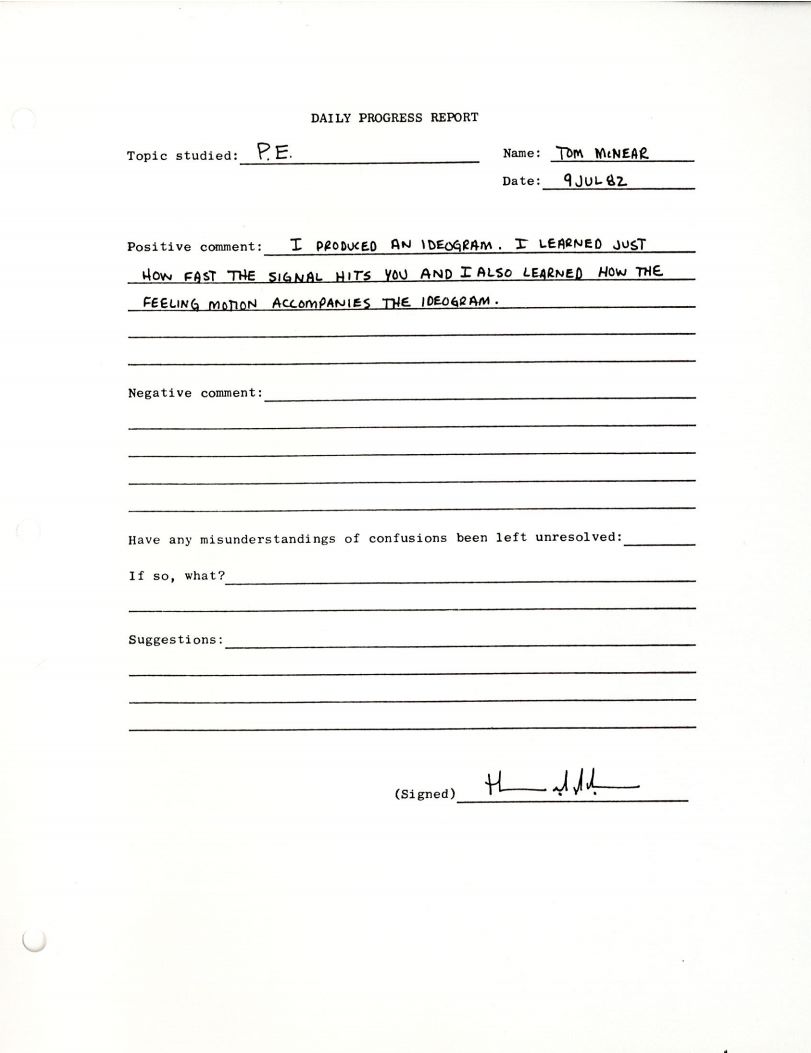