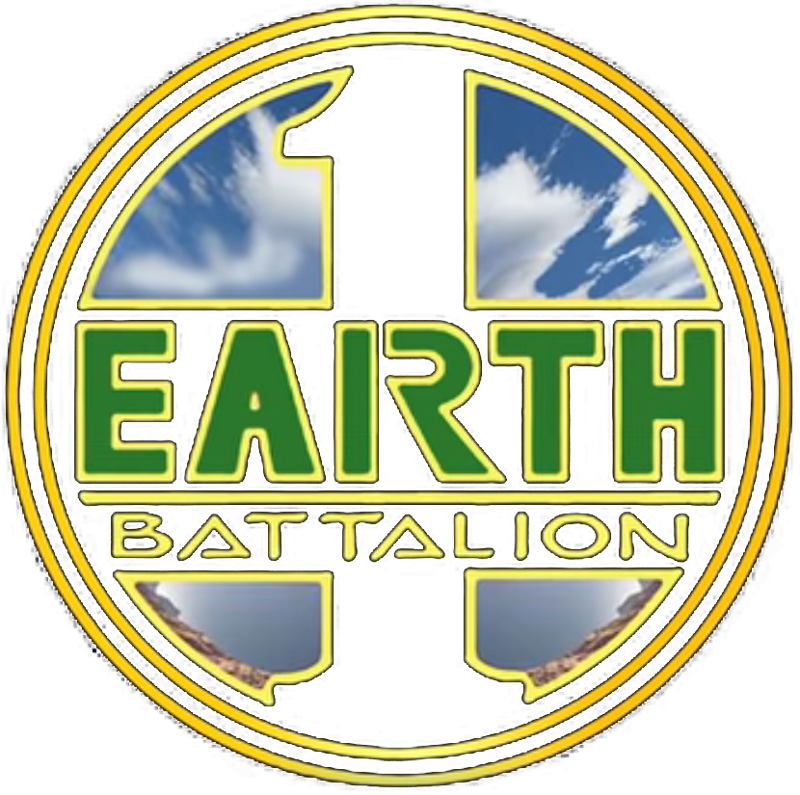 With this sentence Jim Channon introduces himself to his audience at the 2010 IRVA conference. The life’s work of Lieutenant Colonel Channon (1939–2017) is the artistic and philosophical elaboration of a future vision for the Army’s peacemaking mission on a united Earth. His 125-page First Earth Battalion Operations Manual, written in 1979, is the best-known testimony to his work, which is attributed to the New Age and Human Potential movement. It is noteworthy that, by his own account, he did this work with a clear mandate from Army Command. The wording of his assignment was, he quotes, “… to go forward in time and space and dare to think the unthinkable.”

Most people may be familiar with the person of Jim Channon through the treatment of his story in the character of Bill Django (played by Jeff Bridges) and his “New World Army” in the 2009 film “Men who stare at goats”. The interlinking of Jim Channon’s work and remote viewing was not as straightforward as depicted in the film – the deployment and training of the military remote viewer was not a First Earth Batallion project – but his influence on the willingness of commanders of the time to truly engage with the “unthinkable” is a contribution in this chain of events that should not be underestimated. The title of the film is borrowed from the 2004 book of the same name, in which journalist Jon Ronson documented the philosophy and work of Channon during his last years in active service. 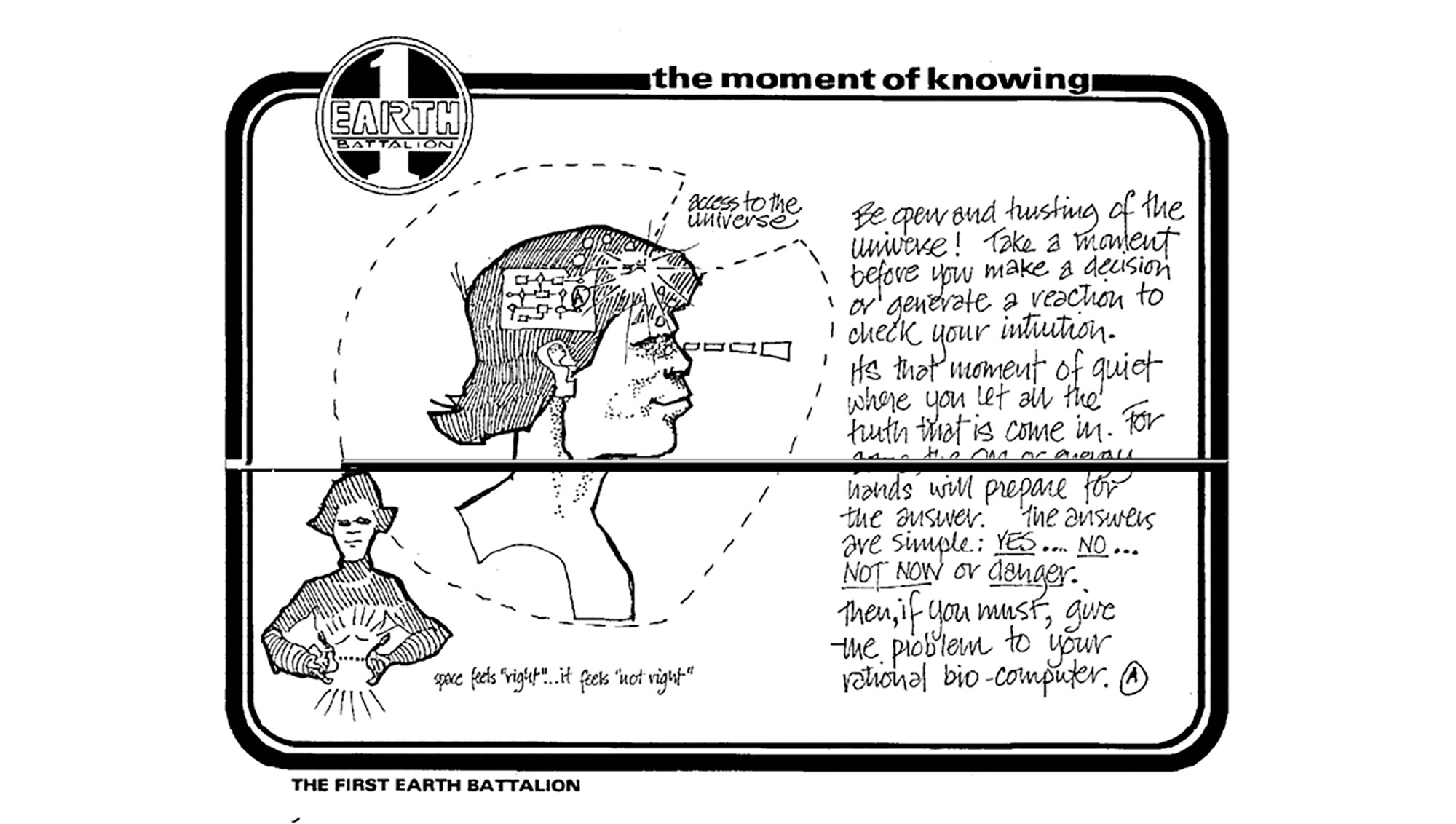 From today’s perspective, one could say that Channon’s visionary work stretched the boundaries the emotional as well as the operational to the point that ESP phenomena and PSI-assisted applications such as Remote Viewing could, by comparison, seem less transgressive and much more scientific. That the Army High Command was open to such thoughts and advances at the time is also remarkable, especially in light of the simmering conflicts of the Cold War. Channon’s artistic background (see background) is reflected in his ability to bring complex facts and ideas into easily comprehensible and clear picture-text collages, which he draws by hand. His graphic work was inspired by Stewart Brand’s 1974 Whole Earth Catalog. 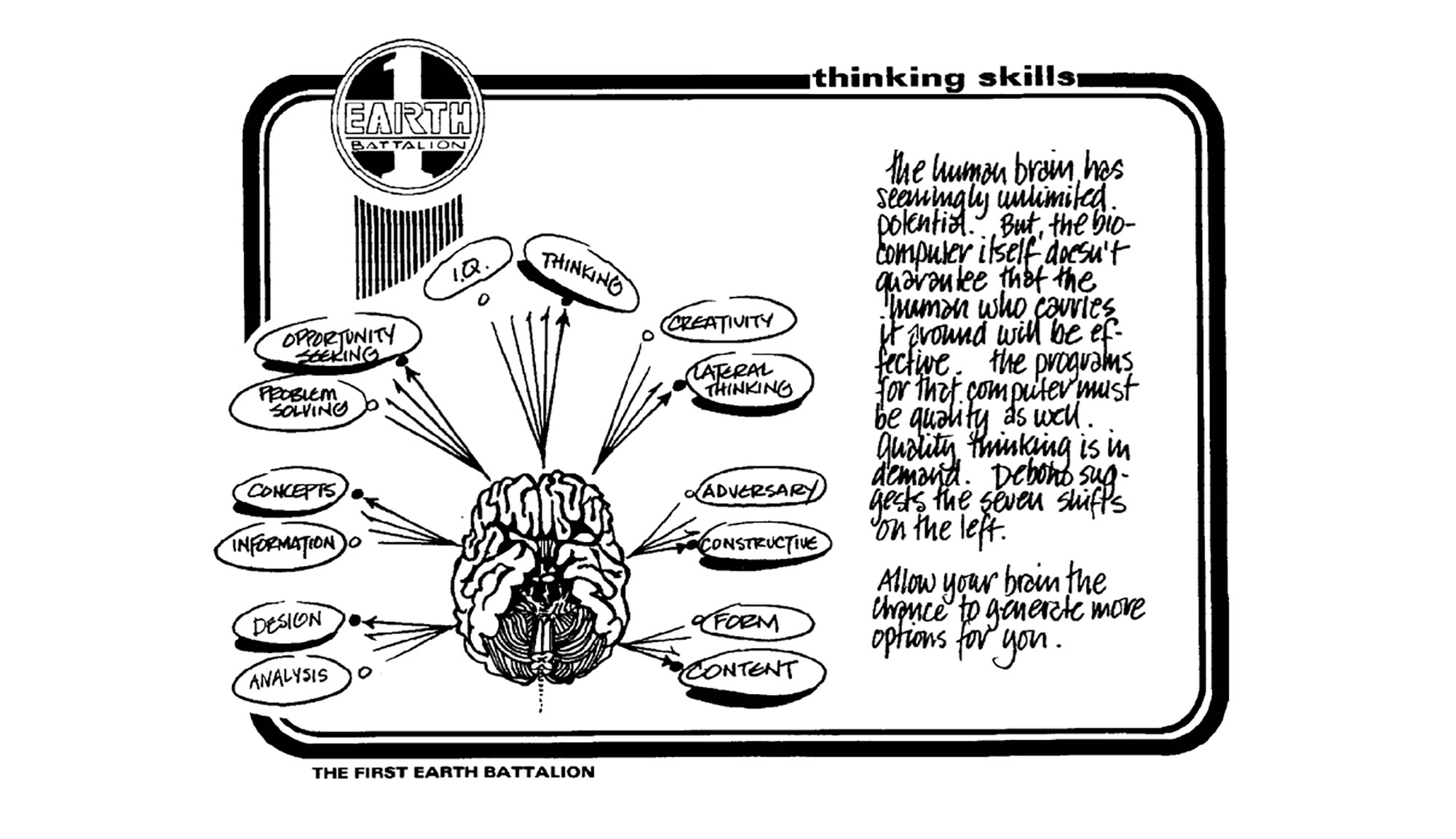 Channon served in the US Army from 1962–1982. As an infantry officer, he participated in two tours of duty in the Vietnam War. This experience had a profound impact on him, and laid the foundation for the idea of the First Earth Battalion. The unit to which Jim Channon was subordinate lost a soldier on the first day of the mission. The death of this man was the initial spark for the insights that followed: From the following day, Channon’s men only moved quietly, attentively and stealth mode, and they trained their sensual and extrasensory perception. Not a single one lost his life during the further 319 days of the mission. “When you get quiet, and you know somebody is waiting for you potentially, every psychic sense in your body tries to come out of you and reaches its way into the forest. […] All it took [to free the psychic abilities] was to walk into a killing zone. ” We already know a similar assessment from consciousness researchers who found that most of the natural “outbreaks” of PSI abilities occur in the context of life-threatening or near-death experiences.

“The essence of peacemaking should be peaceful.”

Wikipedia lists Channon as a New Age futurologist and business consultant in addition to his military work. In fact, even after leaving the military, Channon never gave up his work on concepts for alternative conflict resolution. He continued to work as an “organizational change consultant” for companies such as AT&T, Du Pont and Whirlpool. Fortune magazine found an expression for his work and in 1990 aptly described him as a “corporate shaman”.

In a 2004 video interview with Ronson, Channon said he was still being consulted by “top brass” (“like the Chief of Staff of the Army”) and was still officially the commander of the First Earth Battalion.