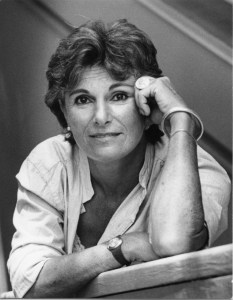 Hella Hammid was the first civilian to work with Russell Targ and Dr. Harold E. “Hal” Puthoff together. The great successes of Ingo Swann and Pat Price at the SRI prompted the state clients to look for people who were not paranormal from birth and who have no experience in the field of PSI. Hella Hammid was a long-time friend of Russell Targ and served as a “control person”, so to speak, who was supposed to answer the question of what a normal person could achieve in the PSI area. To everyone’s surprise, she became the most reliable remote viewer at the SRI. Her skill and accuracy exceeded even Pat Price’s by 10 times. In her nine attempts to perceive distant geographic targets, she achieved a statistically significant probability of close to one in a million (1.8 x 10 -6 ) that their impressions may have occurred by chance. Both her and Pat Price’s results were reported in the Proceedings of the IEEE published March 1976. This in turn encouraged other scientists to successfully repeat the series of experiments internationally (including Princeton University, universities in Russia, Holland and Scotland). There were a total of fifteen successful repetitions of the series of experiments by 1982.

Hella Hammid (1921-1992) was a German-American photographer who taught at UCLA, among other places. She was born in Frankfurt, Germany and emigrated to the USA in 1938 due to her Jewish roots. Her photographs have appeared in various publications such as Life, Ebony, The Sun and The New York Times. One of her photos was shown at MoMA in 1955.

She also worked with Stephan A. Schwartz on the “Alexandria Project”. For this work the term “ psychic archeology “Applies.