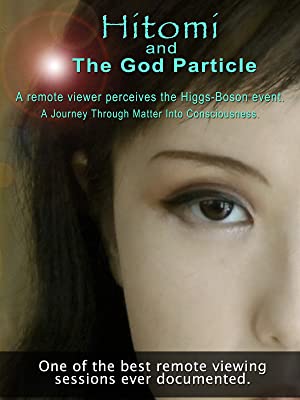 Hitomi Akamatsu (PhD ©, BSC, BA, DiplMedSci, CHT) (1977-2020) was a practicing psychotherapist in Japan with a degree in psychology. She was interested in the study of consciousness and the cognitive sciences. Hitomi had traveled extensively in her preoccupation with remote viewing.

During her many travels, Hitomi had visited Ukraine, among others. There she met researchers doing a type of remote viewing that teaches people to perceive colors and describe objects while blindfolded. The Russians and Ukrainians refer to this as “External Vision” or “Brain Direct Vision”.

She became known with a session on the Higgs boson, with which she combined a deep spiritual experience. Hence the title “God Particle”. The session was created during advanced training with the Hawaii Remote Viewers’ Guild in 2012. Dick Allgire, Vice President of the Hawaii Remote Viewers’ Guild, was so impressed with the session that he produced a comprehensive documentary about it on DVD. She edited the session blind / solo. Hitomi went into a room alone and worked for hours, putting together more than 40 pages of sketches and descriptions. What she produced is amazing.

After being given feedback on the session Hitomi talked about how she felt while working the target:
It was awe inspiring, the vast nature, I felt almost like crying. Each particle seemed to be communicating with each other even though they have a distance between them. They had such a perfection; in distance, space and time. Perfect harmony. I almost felt like I was listening to orchestral music.

As is often described by advanced remote viewers, she reported more information “catching up” to her even after she ended the session. Her final comment in the post-session interview could be interpreted as an interesting suggestion for the scientists at CERN:
At the end of S-5, even after the session was over, my mind kept going. Out of nowhere, for no apparent reason I wrote, “They should study consciousness. They have to understand Mind. Otherwise they’ll never get there. ”
– Hitomi Akamatsu, Session Summary

Unfortunately, Hitomi Akamatsu died at the age of 43 as a result of a violent crime while traveling to Brazil.

Here are some examples of Hitomi’s remote viewing sessions that she wanted to share with others: