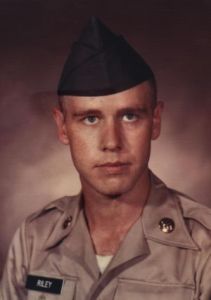 Like some of the other early Remote Viewers, Mel Riley had had psychic experiences in his past. This probably did not play a role in his selection to build the unit at Ft. Meade, but should not go unmentioned to fully paint the picture of this man.

As a youth he found himself experiencing visions of being part of a Native American village in an earlier time. During his visions, he was given “wisdom” by his Native American brothers and sisters. The visions were so vivid that Mel describes them as bi-locational events. These ethereal experiences served as an early preparation for his future life as a remote viewer. [1] Mel is the only non-Native American heritage person to be given the honor of being accepted as a Medicine Man of the Native American people. He has been given his own medicine pouch to be used in times of need. [2] Mel went on to become well versed on Native American art and traditions and has often been consulted for his insight and knowledge on those topics. He was himself also a master of Native American beadwork and leathercraft, often working with deer and buffalo hides he had cured and tanned himself. [1]

Mel Riley’s real assignment in the army was in the evaluation of aerial reconnaissance images. He began his service in the Army on July 7, 1969, and was assigned to Germany (Kaiserslautern) already in the same year, and then transferred from there to Wiesbaden in early 1970. There he worked as an aerial observer on Air Force flights over restricted territory and as an evaluator of satellite and aerial reconnaissance data collected over the Warsaw Pact. [1]

As an aerial observer, his job was to ride in planes, look out the window and tell the crew when to turn cameras on and off to gather information. Mel had an intuitive sense of getting the right information at the right time. He then worked as an image interpretation specialist for the U.S. military’s “spies in the sky,” U2, SR71 and other aerial surveillance programs. [2]

One story says that Mel was therefore selected to the round of the first 12 candidates for remote viewing training because his reconnaissance skills had stood out as exceptional. An agent had taken a photo of a military machine that was completely covered by a tarp. Mel sketched what he imagined was the tarp, and the feedback he received was “It totally freaked them out”. Immediately, he is said to have been sent by Col. D. Press to Ft. Meade (1976) to work on a special vulnerability assessment team. There, he and Lt. Fred “Skip” Atwater shared adjacent desks. In 1977, Skip Atwater was developing the psychological tests used to search for suitable candidates for remote viewer training for Project Gondola Wish (later Project Grill Flame) in cooperation with SRI.

Mel Riley was identified as perfect for the program and became the first official U.S. government remote viewer on Project Gondola Wish, Operations and Training Officer Skip Atwater served as project manager and monitor for the unit from the beginning.

In late 1978 and early 1979, Mel worked full time as one of the few military remote viewers in the then newly named “Grill Flame” program. 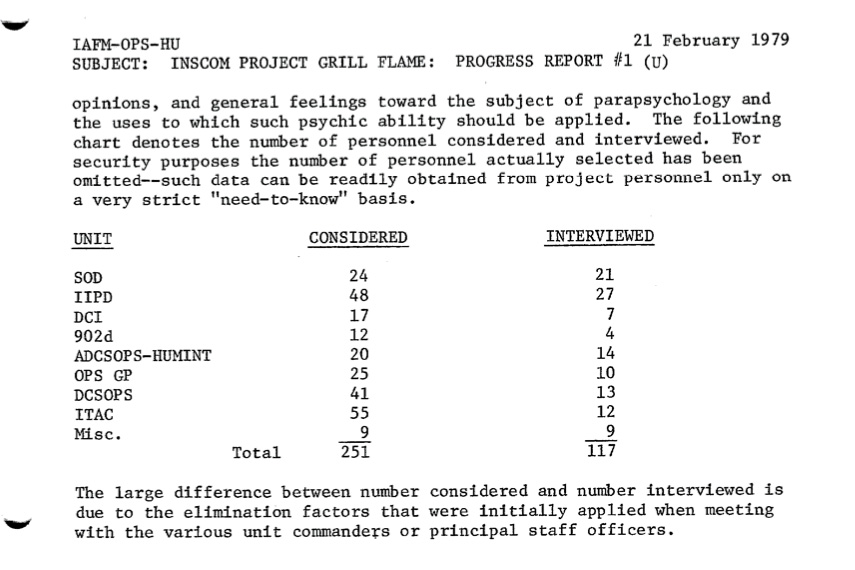 Originally, Puthoff and Targ were to come to Fort Meade to evaluate a total of 12 pre-selected candidates and select the top three for further training.

But the two scientists found the group so promising that they could not reduce them to three. They initially selected 6 of the 12, and some of the others also stayed with the program as casual and part-time workers in the time that followed. For the 6 selected, the plan was to send them one at a time to SRI in Menlo Park, California, for preliminary evaluation. After looking more closely at all the candidates, the top three would then return once again for more advanced training.

The six remote viewers were

The rotation to SRI began in April 1979. Just a few months later, on September 4, 1979, the unit had its first official operational mission.

Ironically, it didn’t involve the original charter of doing counterintelligence evaluation, but rather a search for a missing Navy A-6E Intruder attack jet, which had crashed somewhere in the southern Appalachians. The request came from General Thompson’s office when news of the crash became known. [1] 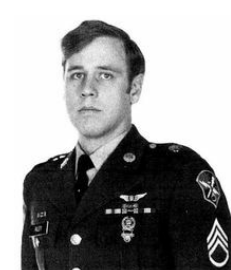 Mel Riley in 1978. During his two assignments, Riley mastered almost all methods of remote viewing. [3]

While serving on the Grill Flame project, Mel Riley was again sent to SRI-International in California for an extended period of time, as planned, to work with Dr. Hal Puthoff, Russell Targ, and Charles Tart, and to learn all that was then known about Remote Viewing.

After his return to Ft. Meade, he was significantly involved in Remote Viewing projects of historical significance, such as the work on the American hostages in Iran and the Soviet involvement in Afghanistan. Work during these early years in the Remote Viewing Unit at Ft. Meade was both developmental and operational. Mel’s efforts played an important role in developing policies, standard operating procedures, and techniques that would shape the government’s “psychic spying” program. [1]

The method used at that time – now named GRV (Generic Remote Viewing), was based on the working methods in SRI. The viewer lay in a darkened room and mentally entered a deeper state of consciousness while being interviewed by an interviewer/monitor, usually in the person of Skip Atwater. The sessions were audio recorded and later transcribed.

After a little over 5 years of service at Ft. Meade, Riley was reassigned to Germany in August 1981 to rejoin the 497th Airborne Division. RTG and continue his earlier work as an aerial observer, often flying “behind the lines” of the Warsaw Pact and doing his work in a covert C-130 reconnaissance aircraft flying over Soviet-occupied territory between West Germany and West Berlin. As early as 1984, there was an attempt to reassign him to the remote viewing unit, but instead he was sent to the air reconnaissance unit in Georgia at that time. When DIA later entered the INSCOM program (Dragoon Absorb, Sun Streak from 1986), it finally became possible to send Mel back to Ft. Meade. Mel Riley thus became the first and only person to be deployed twice in the military remote viewing program.

1986 in Ft. In 1986 in Ft. Meade the CRV method as a working standard was already established. Mel quickly worked his way in and mastered “Coordinate Remote Viewing” well, as shown in the 1986 sample session opposite. He used CRV and also GRV for his service as a remote viewer until the end of his military career in 1990.

Notable projects he worked on during this time included remote viewing of Soviet research and development facilities, the U.S. stealth aircraft program, hostages in the Middle East, drug trafficking during the War on Drugs, and many others. During his two remote viewing assignments, he worked not only as a viewer, but also as a project manager, monitor, and analyst. [1]

The accuracy of Mel’s sketches after many years of RV experience is sometimes quite amazing, the example below shows two sketches from an operational session in February 1990 (Project 9001-A) searching for the location of a specific target. Viewer 079 (Angela D.), viewer 032 (David Morehouse), and viewer 011 (Mel Riley) were involved in this project. 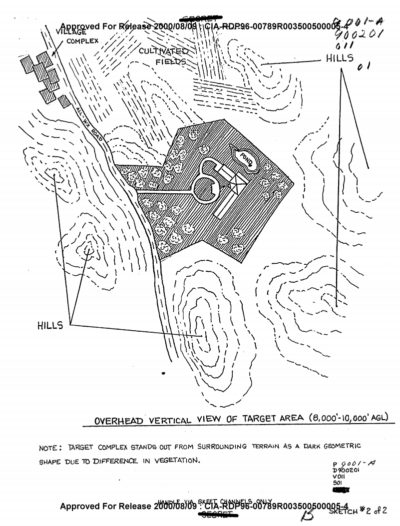 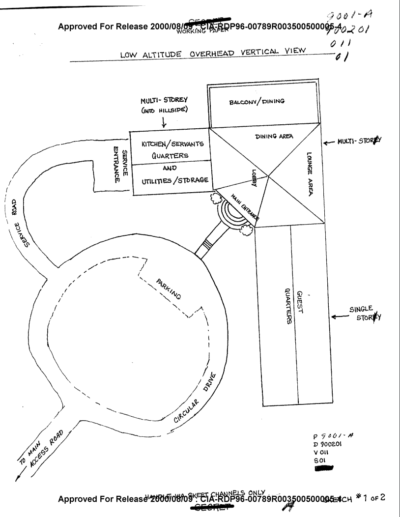 He had reached the end of his Army career, retired as a master sergeant, and moved to his home state of Wisconsin. We held a fond farewell party for him at Ed Dames’s house. Ed, who had become quite close to Mel, bought him a sleek, green Old Town canoe to use on the fishing lake behind Mel’s new home. Greg and I gave him paddles. [3] 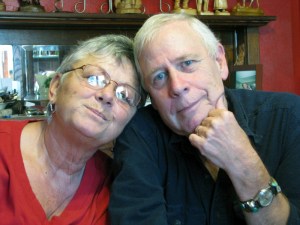 He settled in the town of Scandinavia, Wisconsin, with his wife Edith, an experienced emergency room nurse. Here his knowledge of Native American traditions, vehicles and history paid off again. He was hired as director of the New London Public Museum, which preserves the nature, history and culture of the region’s native peoples. [1]

Privately, Mel continued to perform remote viewing assignments, primarily for special projects for other former military members of the unit. In 2001 he finished his work at the museum and was then employed by Lyn Buchanan’s company Problems>Solutions>Innovations. [2]

After retiring, Mel and Edith continued to enjoy life in the beautiful surrounding area where they lived. Sadly, at 6:06 AM, April 25, 2020, Mel passed away from complications of lung cancer in the hospital near their home. Despite the ongoing COVID 19 restrictions Edith, who has always loved and supported him, was able to be by his side. [1]