One does not come into contact with Remote Viewing by chance, some say. However, for those who have once “put their head in the matrix,” it usually has a lasting effect. Hermann Hesse wrote: “But once you know the other, you no longer have the choice of following the path of most.” The feeling of dealing with a key issue of our generation is very moving.

PSI.vision Institut for Research and Applikation of non-local Perception

We are approaching the 50th anniversary of the Star Gate program at the SRI. In September 1972, the official engagement of the US government and the secret services was established, which led to over 20 years of intensive research in the field of ESP phenomena and PSI applications. In many respects it was about absolute basic research, and we still have this status in many respects today, even if several things that seemed sensational at the time are taken for granted today. For example, it seems normal to us today that the distance of the viewer from its target does not seem to matter – even spatially as well as temporally. The fact that PSI abilities are not only usable for single “medially gifted” persons, but everybody can train them, is also a result of these researches, even though there are still fierce controversies in the scientific world about the recognition of these natural phenomena. We may be curious how many years (or decades, or generations …?) it will take until these facts, internalized for us small circle, will find general acceptance in social thinking. Because one thing is clear – it will change a lot.

Like many civilian users before us, we have learned remote viewing based on the CRV protocol. But we still lacked many building blocks and puzzle pieces for a deeper understanding. We therefore decided to work everything from scratch, and that meant: from the beginning. Reading the CIA archives, tracking down and inhaling all the books on the subject, and getting first-hand information began to occupy us more and more. The vast majority of sources in the field are in English, and the conversation is also mostly English, especially in academia. 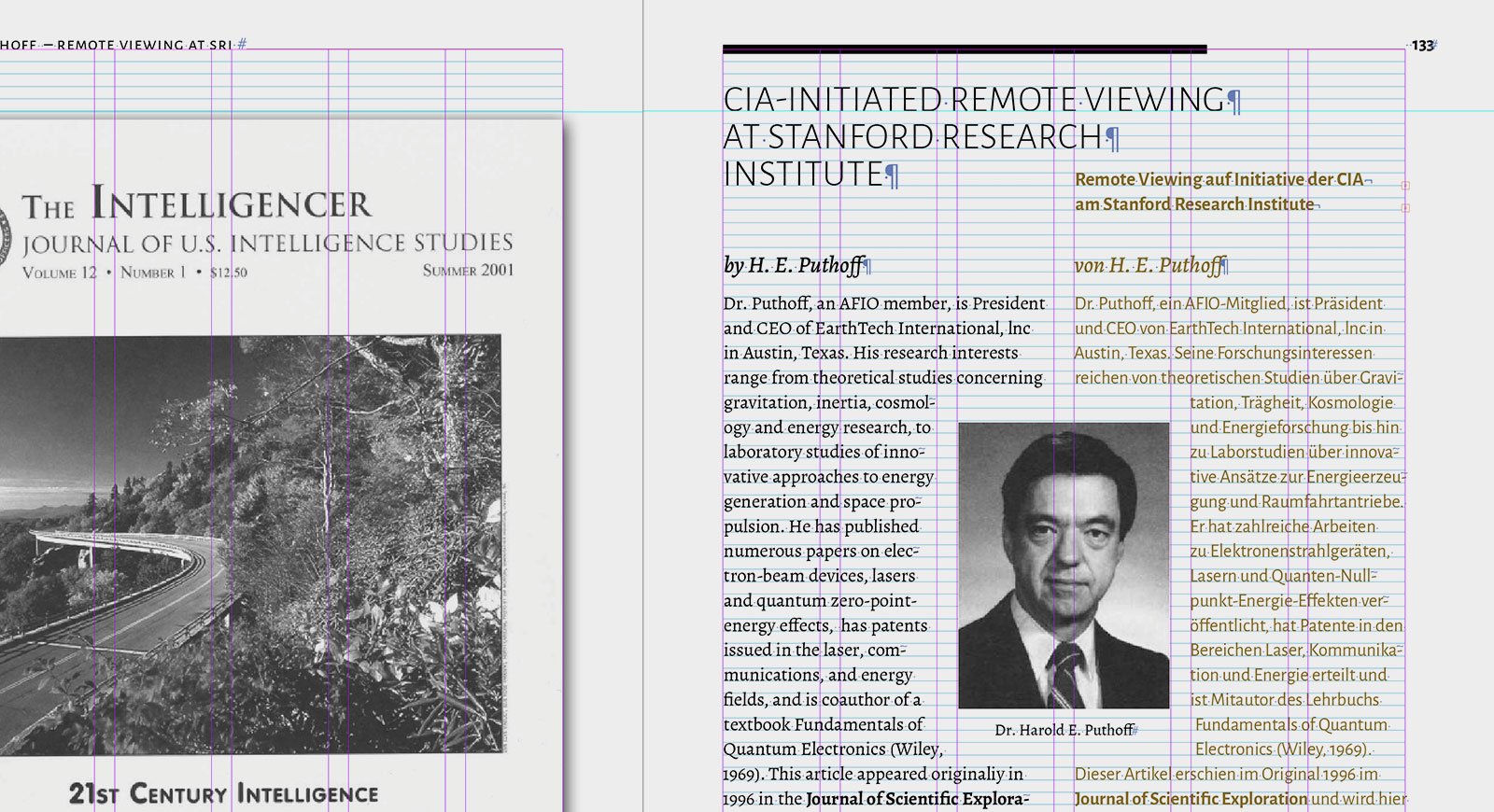 We first began to store the collected knowledge in an online knowledge database, which very quickly became a central tool and continues to grow. We read and partly translated many sources in the course of this work, and in the exchange with our German-speaking viewer network it became clear that many were also interested in historical and scientific contexts. This gave rise to the idea of launching a series of publications which, as a bilingual version, would offer the most direct access possible to the original sources. The aim of this publication series is not only to provide an adequate translation, but also to keep it as close as possible to the original and to make it directly comparable. The “technical vocabulary” of Remote Viewing is, as it were, its identity and the basis for all structural understanding; in this respect, such transcriptions must be very faithful to the original and of less literary value. In some places – the German reader will notice – the sentences may therefore get a bit unwieldy, but we should accept this due to the actual task of this translation.

Due to the intensive occupation with scientific work in the RV field, one or the other question arose where we ourselves see a need for further field research. For this purpose, we founded the PSI.vision Institute for Research and Application of non-local Perception in February of this year, which in the future will be dedicated to the three work areas of research, further education and publication work and will act as the editor of the publication series. 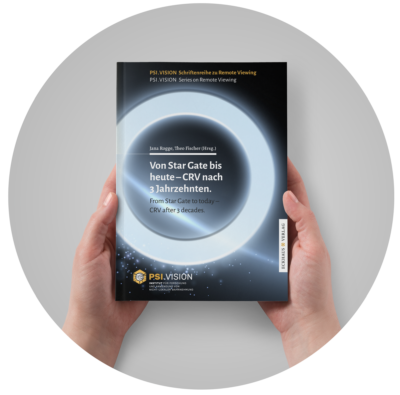 This first volume is dedicated to the genesis of the CRV protocol, starting with the work on the SRI with Puthoff, Targ, and Swann, through the first transcription of the protocol structure, to the formulated basic CRV protocol and a brief overview of the variants that emerged from it.

In addition to the authors represented here, who have supported us with all their efforts, we would also like to say a special thank you to all those with whom we have had contact in the course of the work. It is an encouraging experience to find open ears, interest and helpfulness everywhere. Russell Targ was the first to write us a “happy to help” and we have found equally friendly reception everywhere. With Paul we have written many meters in chat and – as live as it is possible in these days – learned a lot about the background from him via video. We also thank IRVA, especially Debra Katz, for a lot of background information and opened doors, and the editors of the Journal of Scientific Exploration for kind permission to reprint several articles.

Now we are pleased to have this volume ready in our hands and thus to have completed the first step. Many more topics are already waiting to be addressed. In any case, we welcome feedback and also articles that we can add to our translation list. 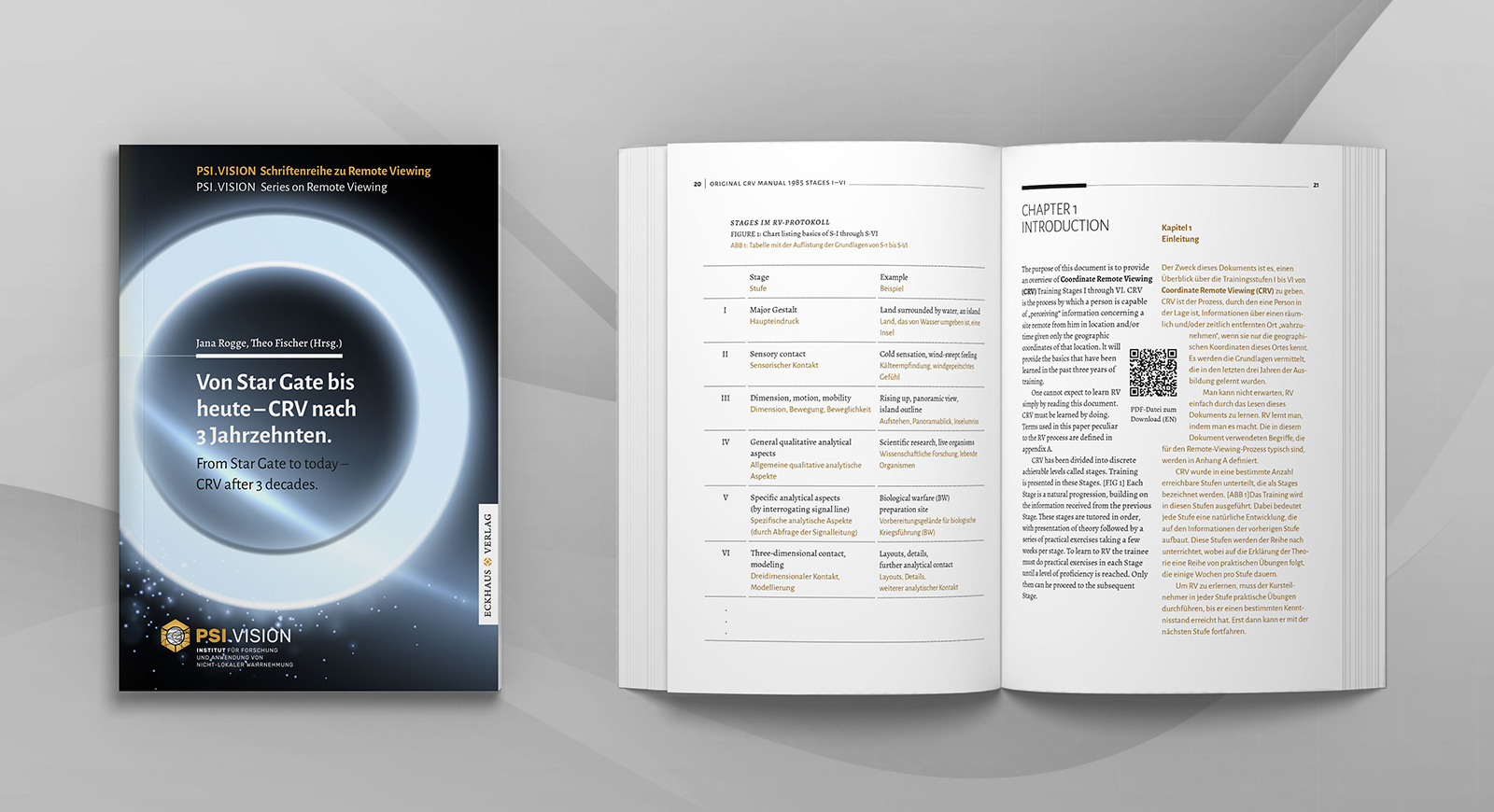